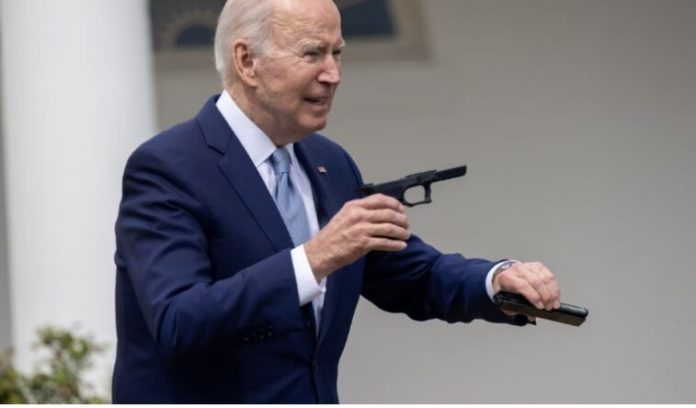 Another President Biden gaffe has been patched up by the White House. Joe Biden confirmed again again that he is unsuitable to serve as the nation’s Chief Executive Officer during his phantom gun-ban speech.

“Imagine if the cigarette business was immune to prostitution lawsuits, come on,” President Biden stated on Monday.

In the middle of a ludicrous argument attempting to equate the legal liability of the cigarette and gun businesses, Biden added the word prostitute.

Biden has made multiple inaccurate and misleading claims about gun control.

Biden: “Imagine had the tobacco industry been immune to prostitute being sued, come on” 🤔

No, no, there’s no cognitive decline, this is fine.
pic.twitter.com/hxyIEjgZwZ

“Most people don’t know: If you walk into a store and you buy a gun, you have a background check. But you go to a gun show, you can buy whatever you want and no background check,”

The phrase “prostitute” was omitted from the official transcript by the White House.

The White House modified the transcript to cover for the President,  “Imagine had the tobacco industry been immune to prost- — to being sued. Come on.”

“Today, the United States Department of Justice is making it unlawful for a corporation to produce one of these kits without a serial number,” Biden said at the outset of his address, referring to so-called “ghost guns.” Universal background checks must be passed by Congress. Background checks are performed on everyone. And, yes, I know it’s divisive, but I was able to get it passed once: a ban on assault rifles and high-capacity magazines.”