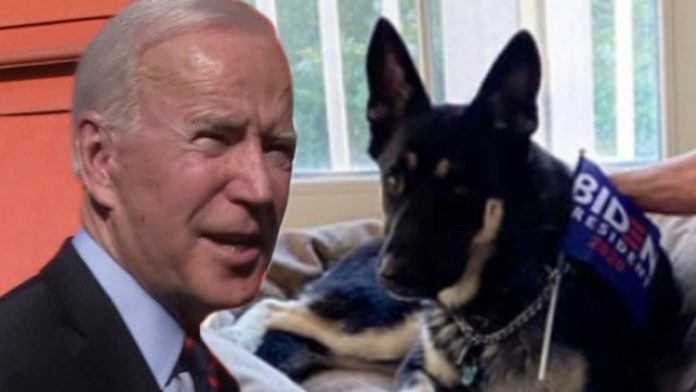 According to recently disclosed records, Secret Service personnel were angered by the White House’s attempt last year to minimize bite injuries suffered by then-first dog Major, even attempting to have President Biden personally pay for a ruined coat.

The documents, which were disclosed in response to a Freedom of Information Act lawsuit filed by Judicial Watch, demonstrate that the attacks took place earlier and later than previously thought.

They also reveal internal strife inside the Secret Service, which has been entangled in a peculiar infiltration controversy involving at least four agents since last week.

At a news briefing on March 9, 2021, White House press secretary Jen Psaki admitted just one biting incident, saying that “the first family’s younger dog, Major, was shocked by an unfamiliar person and responded in a way that resulted in a slight damage to the individual” the day before.

The bite on March 8 was the eighth in a row, and the injured agent — whose injuries were classified as “serious” by a colleague — was enraged by Psaki’s spin.

“NO I didn’t surprise the dog doing my job by being at [redacted] as the press secretary just said! Now I’m pissed,”  the agent wrote to a colleague.

Around 7 a.m., the event happened. The agent was with first lady Jill Biden in the second-floor White House residential area on March 8.

According to a newly leaked, extensively redacted incident report, “Without notice or provocation, Major growled loudly at [the agent]… and charged.”

“Please submit using the language that has been authorized by [the legal office],” wrote an unnamed Secret Service staffer, reprimanding the agent. There should be no need to embellish with additional facts that aren’t necessary for approval unless you disagree with anything in the wording that was supplied to you.”

The agent eventually withdrew his request for payment, claiming that the first family, not the Secret Service, should be responsible for the damage.