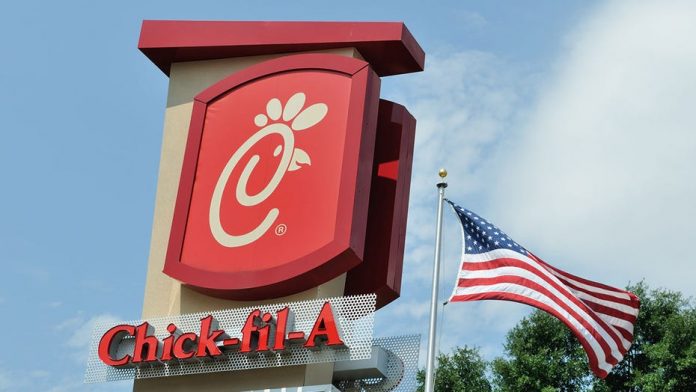 The liberals and the progressives just can’t stop cancelling anything and everyone they deem not complying to their standards and recently they have chosen to gang up on Chick-fil-A, one of America’s largest fast food chains.

Recently, a group of about 180 teachers and students at the University of Notre Dame protested the planned opening of a Chick-fil-A branch inside their Indiana campus. The reason for this objection comes from Chick-fil-A’s support for conservative Christian groups and its utilization of animal meat for their products.

Wokes of different sizes and color, trying to defend veganism and gender rights, affixed their signatures in an official letter addressed to Notre Dame’s Campus Dining division. The trend spread quickly like wildfire, even prompting college newspaper the Observer to publish a story titled “Keep Chick-fil-A away.”

“Our first concern relates to Chick-fil-A’s long history of antagonism toward the LGBTQ+ community. Over the past two decades, Chick-fil-A has donated significant sums to groups that oppose LGBTQ+ rights. From 2003 to 2012, the restaurant’s charitable arm gave over $5 million to queerphobic groups, including groups supporting conversion therapy. Despite public outcry and promises to halt anti-LGBTQ+ donations, in 2017 the donations to anti-LGBTQ+ organizations resumed, including the Fellowship of Christian Athletes, the Paul Anderson Youth Home and the Salvation Army,” the article elaborated.

“Secondly, as a fast food restaurant, Chick-fil-A depends heavily on participation in animal agriculture. While people may choose to eat animal products for various reasons, factory farming is a deplorable system that Notre Dame should aim to avoid supporting. Not only do factory-farmed animals suffer brutal lives filled with abuse and cruelty, but the workers (generally low-income) endure stressful shifts and exposure to workplace hazards like airborne diseases,“ the article added.

The dissent against one of America’s favorite fast food chain is not limited to Notre Dame as New York state Democrats have also attempted to prevent Chick-fil-A from opening branches at rest stops due to some disagreement with their beliefs regarding gay marriage.

“If such a disastrous move ever came about – banning a commercial business due to them expressing their First Amendment rights – it would set a horrible precedent. It would also be ferociously opposed by many Members of Congress, including me,” Graham stated via social media.