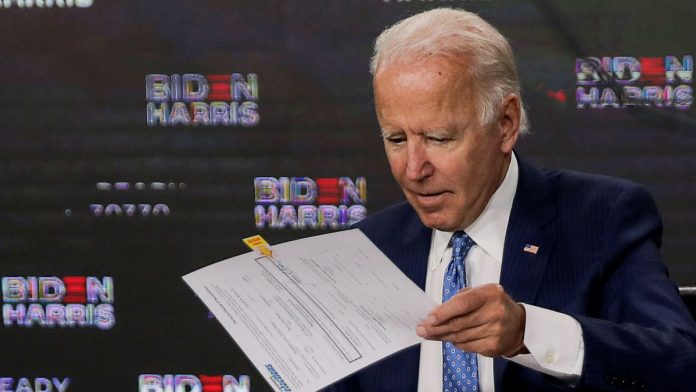 Even from the Democrats, there is no answer to these questions.

They have an agenda to push. They won’t allow little things, like the Bill of Rights, to get in their way.

Biden made a fool out of himself when he missed the July 4th vaccine deadline. Biden is determined to get as many Americans as possible vaccinated. This will help him polish his corrupt administration and claim credit for Trump’s achievements in vaccines.

But, after millions of Americans had willingly gotten the jab, Biden wants to go after those who decided against it. But how do you force people to get a vaccine they don’t want? Combat “misinformation” of course!

Democrats want to stop anyone criticizing their vaccine push. They even want to violate your 4th Amendment rights in order to ensure you aren’t bashing their plans.

Allies of President Joe Biden, including the DNC, plan to “engage fact-checkers more aggressively” and work alongside phone companies to combat misinformation about vaccines shared via social media and private SMS messages…

“When we see deliberate efforts to spread misinformation, we view that as an impediment to the country’s public health and will not shy away from calling that out,” White House spokesman Kevin Munoz told Politico. [Source: Daily Caller]

Calling that out? They want to do more than that. They are trying to interfere with both free speech and our privacy, by monitoring private messages between citizens. This goes beyond “correcting” misinformation. This is violation of Americans’ rights, so that the administration can force people to get a vaccine.

Democrats think they can get around the Bill of Rights by claiming this is all for your good. Oh, like the lockdowns, destruction of businesses, oppression of religious groups were for our “good”? Yeah, we’re not buying it commies.

These deplorable Democrats claim that simply speaking out about vaccines is “killing people.” Why is it that Americans are choosing not to get vaccines? They have the right to make their own decisions about their health, and the government shouldn’t interfere with them.These pathetic Democrats claim that people simply voicing their opinions about the vaccine is “killing people.” M-hm. Since when is Americans choosing to not get a vaccine—because they have every right to decide their own medical fate—something the government should intefere with?

Do you want to violate your freedom of speech? Do you want to invade your private messages? Why not? Is it for my own good? It shouldn’t be my right to express my opinions or think for myself. It’s not as if I’m an American citizen or something.

Worse, Democrats believe this is acceptable because they hire private companies such as cellar providers to do the dirty work. This is also illegal. Private entities cannot be used by the government to violate our rights. This is not possible.

These dictators must be fought at every turn.