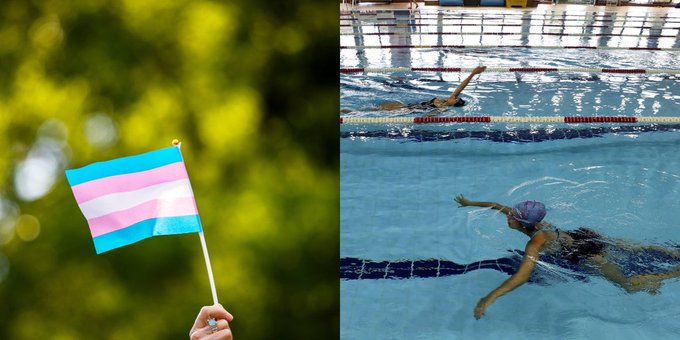 After asking a transgender staffer to leave the women’s locker room, an 80-year-old lady from Washington state said she was permanently barred from the YMCA pool.

Julie Jaman, a resident of Port Townsend, discussed the July event with Seattle radio personality Dori Monson on Friday, “I saw a man in a woman’s bathing suit watching maybe four or five little girls pulling down their suits in order to use the toilet. I asked if he had a penis and he said it was none of my business. I told that man to ‘get out right now.”

According to the local news source Port Townsend Free Press, the event happened on July 26 at the Mountain View pool, a City of Port Townsend facility run by the Olympic Peninsula YMCA.

Jaman said that while taking a shower and hearing a man’s voice, she became aware that the trans employee was in the women’s restroom.

She told Monson that after reporting the event to a pool employee, she was shocked to hear that she had committed discrimination and had been permanently barred from the facility. In Jaman’s radio appearance, he said that the staff member also reportedly said that the police would be summoned.

Although no formal police record was made, the Port Townsend Police Department still produced an incident report on the situation.

According to a phone contact an officer made with Jaman, the incident report states that Jaman had an emotional reaction to a strange gentleman being in the toilet with young girls and is seeking to avoid getting trespassed from the pool. The report also mentioned a phone call from the YMCA stating that Jaman was allegedly yelling at a staff member in the facility’s locker area and refused to leave.

According to Erin Hawkins, marketing and communications manager for the Olympic Peninsula YMCA, Jaman’s repeated transgressions of the facility’s code of conduct led to the permanent pool ban. According to her, the one-time incident in the women’s locker room last month was not the only reason for the permanent suspension.

Jaman noted that she also met with Wendy Bart, the CEO of the Olympic Peninsula YMCA, and that she advised Bart that there should be notices indicating transgender people also use the restrooms.

Since then, Jaman has staged a demonstration outside the pool facility with the assistance of supporters, according to the Port Townsend Free Press. A counter-protest was also organized by trans activists.