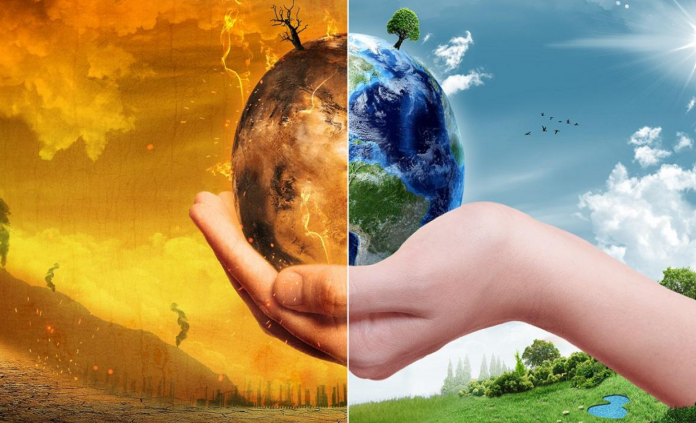 Illegal aliens are flooding across our border in record-breaking numbers.

Our economy is tanking after a year-and-a-half of COVID-19 shutdowns.

But you won’t believe what Joe Biden just declared was “the most lethal threat” facing our nation in 2021.

Recently, Joe Biden traveled to Oklahoma to deliver a speech commemorating the 100th anniversary of the 1921 Tulsa Race Massacre.

Throughout the address, Biden warned the audience of what the”intelligence community” now believes”the most lethal threat” facing our country.

And it’s not the record-breaking number of illegal immigrants hurrying across our border on a daily basis.

It is not the coronavirus, nor is it the devastating financial impact caused by the authoritarian lockdowns and draconian mask mandates over the last year-and-a-half.

“According to the intelligence community, terrorism from white supremacy is the most lethal threat to the homeland today,” Biden told the audience. “Not ISIS. Not Al-Qaeda. White supremacists,” he added.

Biden then went on to replicate one of the Left’s talking points, calling America an inherently poor nation by saying that the”hate became embedded systemically in our laws and culture.”

He also made sure to use the address as an excuse to attack Republicans for trying to protect election security, calling voter ID laws”a tireless assault on the right to vote.”

Biden also compared the Tulsa Race Massacre, where dozens of elephants were killed, to the riot that occured in Charlottesville, Virginia at 2017.

“What happened in Greenwood was an act of hate and domestic terrorism, with a through-line that exists today. Just close your eyes and remember what you saw in Charlottesville four years ago on television,” Biden told the audience.

Naturally, comparing a riot to a massacre is a slap in the face to those murdered in 1921.

But this sort of behavior is typical of the Biden Administration and radical Left these days.