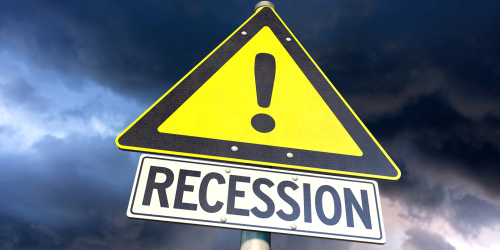 Unfortunately, the US economy does not appear to be in good shape.

Because the costs of everything are rising with no end in sight, Americans are being priced out of the market. Even loans are becoming more expensive as a result of the Federal Reserve’s recent interest rate hike.

The Biden administration continues to oppose US energy development by lowering federal funding, among other things.

Meanwhile, while the White House continues to disregard the economic crisis, it appears like things are only going to get worse. According to Fox Business, there is a good chance that America will have a recession next year.

The eventual outcome of a combination of rigorous monetary reforms and inflation might push the US into a recession in the fourth quarter of 2023 and early 2024.

This prognosis comes from Deutsche Bank economists. It’s also a significant shift, given that these analysts warn that a gentle landing for the American economy is now unlikely.

The Federal Reserve, for one, is fighting the notion that a recession is unavoidable.

A prominent bank has predicted a recession for the United States next year, and news has emerged that food shortages may be on the way in the not-too-distant future.

In light of this new forecast for America’s future, Biden is being chastised on social media for his rash economic policies that have led the country to this position.

We’re on the path to a RECESSION and this White House is doing NOTHING to stop it. Our country is on the WRONG path. We need President Trump back in the White House now more than EVER!

The Biden administration has yet to issue any news or statements in response to this latest forecast of a 2023 recession. To be honest, no one should be holding their breath for things to change.

This White House has avoided taking responsibility for the myriad ways it has put the US economy in jeopardy at every turn.

If the White House does wind up dragging America into a recession, the people can expect this president to cover it up with falsehoods and blame shifting.