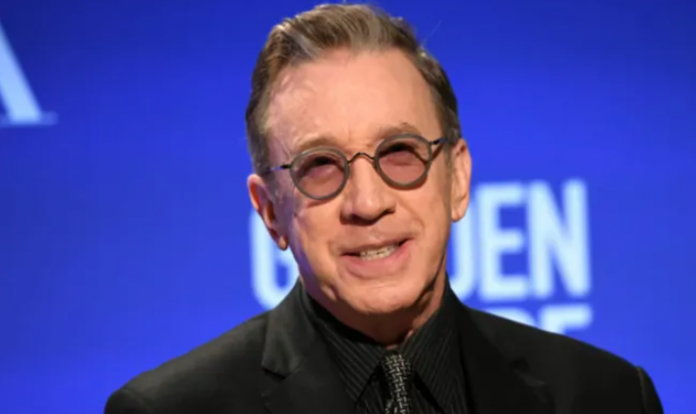 A joke that Tim Allen made about President Joe Biden has gone viral.

Allen remarked, “Biden was on 60 minutes. I heard he asked how long the show was.”

The “Home Improvement” star’s joke soon ignited debate, and many of Allen’s detractors attacked him in the comments.

Biden was on 60 minutes. I heard he asked how long the show was.

While some Twitter users mocked the joke as being boring and unfunny, others accused the comic of disrespecting the present president.

The Toy Story star was said to be irrelevant and washed up by online critics.

Due to remarks like the one he made on Monday, a few Twitter users believed that Allen had been replaced as Buzz Lightyear in the most recent episode of the immensely popular “Toy Story” franchise.

Allen had voiced the recognizable animated character in each of the first four “Toy Story” movies, but Chris Evans took over for “Lightyear.” in 2022.

Fans of Allen and a few of his business associates criticized the casting change.

Some detractors of Allen’s most recent tweet brought up his 1978 cocaine trafficking arrest. After being discovered in possession of more than a pound of cocaine at the Kalamazoo/Battle Creek International Airport in Michigan, Allen spent over two and a half years in federal prison.

According to Time magazine, he made a deal in which he agreed to give the identities of other drug dealers in exchange for avoiding a potential life sentence.