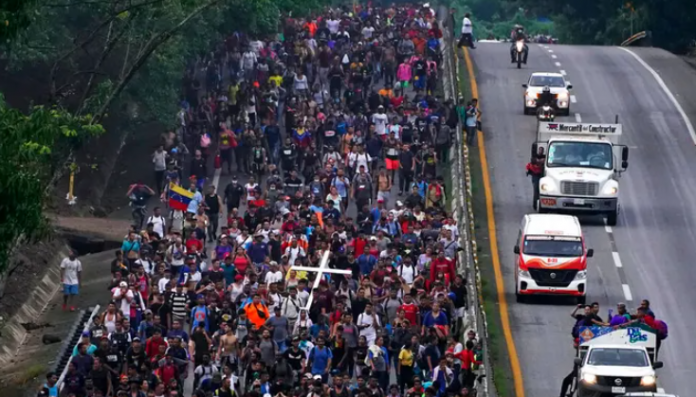 In an appearance with MSNBC on Tuesday, California Democrat Rep. Raul Ruiz accused Republicans of escalating the immigration and border problems.

José Daz-Balart, the anchor of MSNBC, questioned Ruiz about legislative solutions to the escalating migrant crisis.

Ruiz stated, “Well I think it’s very important to really draw a contrast here, because we’ve seen that the Republican approach to the humanitarian crisis is to create a larger humanitarian crisis, through ridicule, deceit, and mockery for political gain.”

He went on to praise his own party for having prioritized border security over politics.

“The Democratic approach under the leadership of President Biden is to put people above politics and to modernize our border and to build an international coalition through the summit of the Americas, to make agreements with shared responsibility, to ensure that we send resources, to expedite judges, lawyers, for the court hearings that we need.”

He mentioned the Dream and Promise Act and the Farm Workforce Modernization Act, both of which were passed by Democrats in the House, but he claimed that the Senate Republicans were hostile to both and so prevented their passage.

Over 200,000 migrants were encountered at the southern border in August, a dramatic increase.

Although widespread illegal immigration and caravans have long been a concern, Biden’s policies appear to be associated with an exponential increase in attempted crossings. By the end of 2020, there were roughly 72,000 contacts, and by March 2021 alone, there were 173,000. In addition to the more than 1.7 million contacts from the previous fiscal year, there have now been over two million encounters this fiscal year.