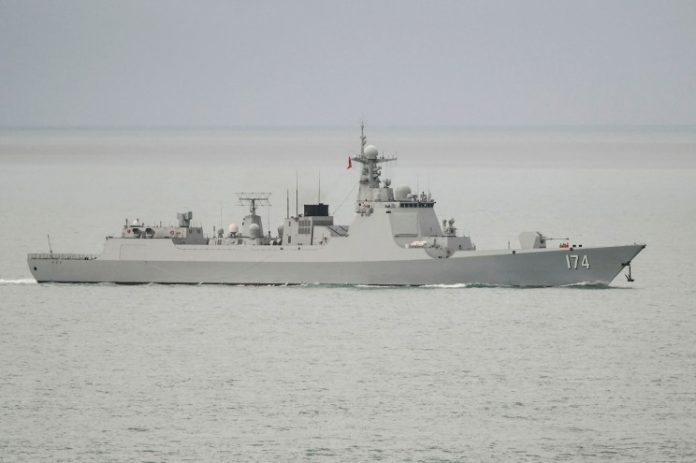 As tensions in the South China Sea continue to rise, a Chinese destroyer has fired a laser at an Australian warplane.

This week, reports surfaced of military-grade laser beams that might potentially blind pilots.

The Republic of China military ship lashed the RAFF Poseidon aircraft, according to the Sydney Morning Herald, in a conduct that was judged risky and unprofessional and in breach of international standards and accords.

After the Luyang-class guided-missile destroyer was sighted traveling through the Arafura Sea on Thursday, officials verified the incident.

They later verified that HMAS Launceston had monitored the vessel, which was joined by another People’s Liberation Army-Navy ship, as it went through the Coral Sea.

The incident is the most recent clash between China and its neighbors in the Asia-Pacific area, which includes the South China Sea.

Rory Medcalf, the head of the National Security College at the Australian National University, responded by calling the conduct dangerous and unacceptable because it occurred in our own neighborhood.

The remarks came after Australia formed a historic security pact with the United States and the United Kingdom, ostensibly in response to Chinese aggression.

A treaty between the two Western superpowers to trade nuclear secrets is part of the AUKUS defensive alliance.

The pact was promptly denounced by China as being exceedingly foolish.

In the meantime, Zhao Lijian, a spokeswoman for the ministry, warned it jeopardizes regional peace and stability while escalating the weapons race.