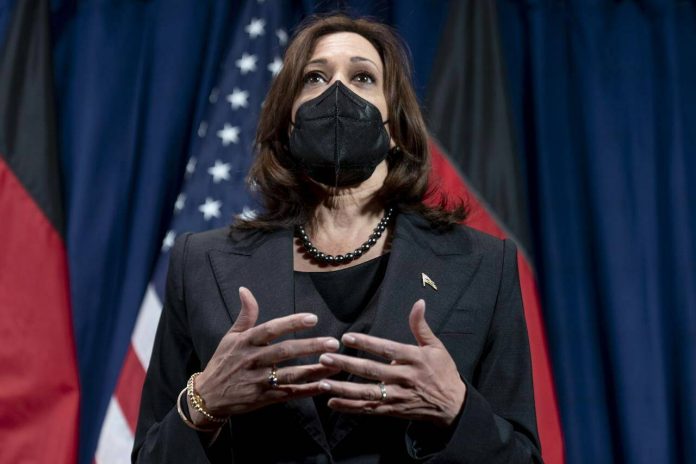 Many people were unimpressed by Vice President Kamala Harris’s weekend trip to Munich, claiming that her press conference revealed she was poorly unable to deal with the geopolitical situation brewing on Ukraine’s border.

In the event that Russia’s Vladimir Putin decides to invade Ukraine, Harris came to Munich to meet with key European allies in the aim of forming a united front. She met with Ukrainian President Volodymyr Zelenskyy and threatened Russia with severe economic consequences if its troops were released. Putin, though, has already made up his decision about an invasion, according to both her and President Biden.

Harris’ claim that Europe had been free of conflict for 70 years was also debunked.

Others speculated that Biden only sent Harris overseas to divert attention away from the administration’s domestic catastrophe.

One of the domestic catastrophes Harris left behind, according to some detractors, is the border situation.

Many others chastised Harris for another soundbite from her news conference, in which she predicted greater energy prices in the aftermath of an invasion.

On Monday, Putin is slated to speak to the Russian people.