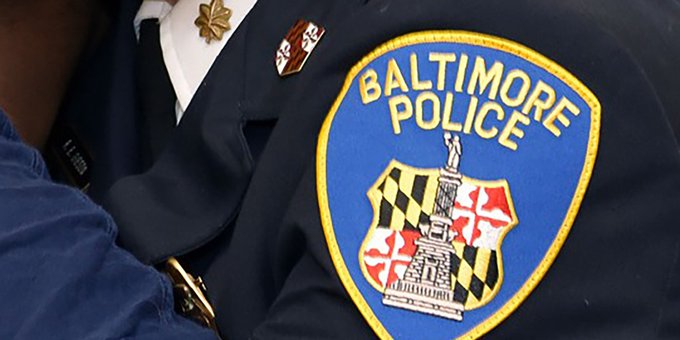 A 16-year veteran of the Baltimore Police Department was detained on Wednesday for allegedly providing a biker gang in Maryland with a ghost gun and narcotics distribution.

The 41-year-old Steven Umberto Angelini is accused of conspiring to distribute oxycodone, as well as of having a gun in his possession while engaging in narcotics trafficking.

After a heroin source they both knew was killed, Angelini reportedly began dealing and selling narcotics with the head of the Maryland Infamous Ryders Motorcycle Club in January of this year, claims a criminal complaint.

According to text conversations exchanged between the two on January 6, Angelini promised to give away 90 oxycodone pills in return for $100 and an eighth of an ounce of cocaine.

Angelini is charged with providing information on the former drug dealer’s murder and purchasing additional narcotics to the leader of the motorcycle gang over the course of the following several days.

The video transmission never happened, and communication dwindled for a while after that. However, Angelini reportedly got in touch with them again in April and struck a deal to exchange a ghost gun which he claimed to have built for cocaine and cash.

Ghost guns are handmade weapons that can be assembled from components, and the Biden administration cracked down on them earlier this year.

According to the lawsuit, Angelini reportedly exchanged oxycodone for cash and cocaine once more in May.

According to the Baltimore Police Department, Angelini was already detained with his police authority suspended.

Officer Angelini has been placed on administrative leave without pay following his arrest today. His police duties have been suspended since August 2020 due to a different investigation.