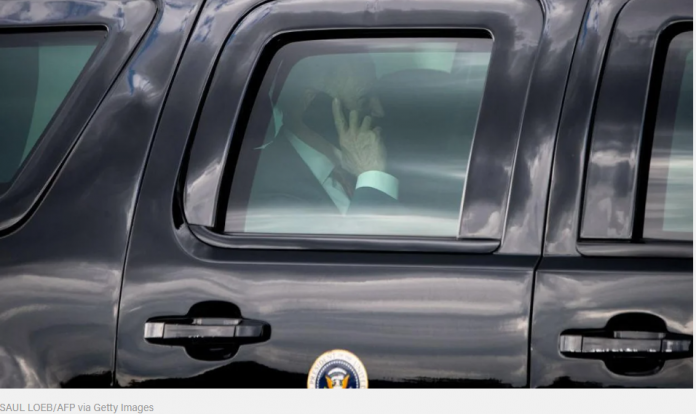 On Saturday afternoon, President Joe Biden was relocated to a secure location when an aircraft breached restricted airspace near his beach residence in Delaware.

When a light aircraft breached the restricted airspace over President Biden’s residence in Rehoboth Beach, he was transported to a fire station.

“At 12:52p, I saw the @POTUS motorcade race into the Rehoboth Fire Station. I saw President Biden through the window of an SUV. Right before the motorcade, I saw 2 military jets flying low over the beach town. The press pool is not with the motorcade.” White House correspondent Bo Erickson posted on Twitter.

Around 12:45 p.m., a small white plane buzzed near Biden’s house, followed by two military-style jets scrambling and flying toward the neighborhood, according to a neighbor.

As his convoy rushed away from the beach property, the 79-year-old president was observed in the back of an SUV.

Chief Snyder says POTUS & FLOTUS remained in SUV as it sat in this station garage. The two did not get out.

The chief says his department has had drills with Secret Service to evacuate POTUS to this location in case of emergency. pic.twitter.com/mFU0WPeYKU

The Secret Service notified Rehoboth Beach Fire Chief Chuck Snyder at 12:48 p.m., according to Erickson. Because of a threat, the president and first lady were transported to the police station.

President Biden and Jill Biden stayed in the SUV when it was parked inside the fire station garage, according to Snyder. He also mentioned that the fire department has previously engaged in drills with the Secret Service in the event that the president has to be transported.

“A small private plane enters restricted airspace, all indications are by mistake, and precautionary measures were taken,” a White House spokesman told the White House press. “There was no threat to the President or his family.”