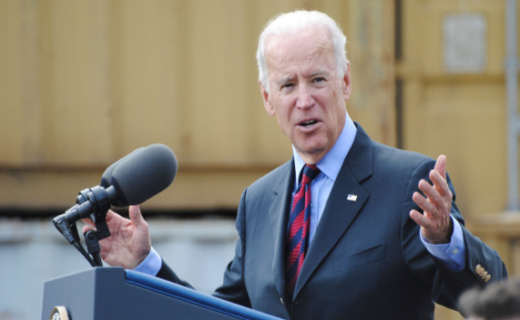 The first couple, aged 79 and 71, had to be gently informed that they would need to stand and wait as a procession of George and Victoria Cross-holders marched in front of them along the nave of the abbey rather than being led directly to their seats upon their arrival at Westminster Abbey.

The Bidens finally followed in the wake of Victoria Cross recipient CSgt Johnson Beharry, carrying the wheelchair of Keith Payne VC, age 89, after an awkward time of small conversation at the main gate while those receiving the highest honors of military courage moved ahead.

The Bidens were also assigned seats 14 rows back in the south transept of the abbey, possibly as a result of choosing not to board the buses that would have taken other leaders from the assembly point at Royal Hospital Chelsea.

The Bidens could have avoided the embarrassing wait outside and having to follow behind the Victoria Cross procession by riding a bus to the funeral with other leaders, which would have ensured that they arrived at the funeral with everyone else. They instead showed up in The Beast, much to the amusement of the “FJB”-chanting audience.

It has happened before that FJB chanting has been heard abroad. Italian protesters marched on the streets in October 2021 while yelling “f*** Joe Biden.”

Anyhow, President Biden’s tardy arrival to the burial wasn’t the only embarrassing moment there. There was also controversy over the former king of Spain’s invitation and his seated close to the son who overthrew him and took away his royal pension.