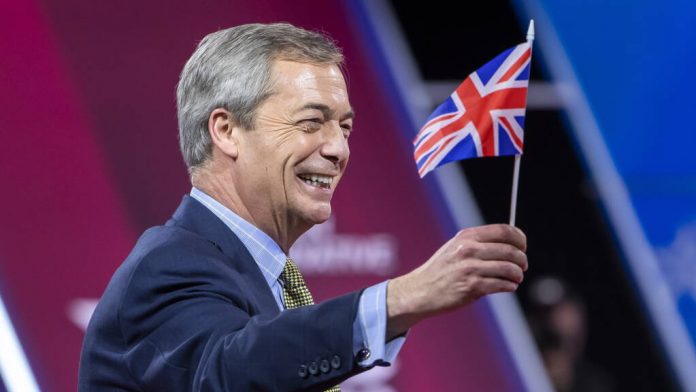 After their meeting, Boris said this even though he had spoken nice words about Joe Biden. He also stated that none of these compliments are reciprocated.

Farage stated that there is no trade deal between our two great countries. This is absurd considering that the USA is the largest foreign investor in the USA.

He stated that “Biden is providing … no help, no support for us whatsoever” regarding the important technical issues the UK is facing concerning Brexit and Northern Ireland

Farage stated that the UK is now more open and London is back to normal. However, he stressed that the “concerning thing” about the coronavirus pandemic was the extent to the government’s use of this crisis to gain more power.

He gave the example of the Italian government which stipulates that no one can return to work without having been double-vaccinated. This includes people working in the private sector as well as those employed by government agencies.

He said this is a very worrisome trend of the government taking away liberty and individual choice.

Farge stressed, however, that the problem is even broader that, because “the whole supply chain [is breaking down].”