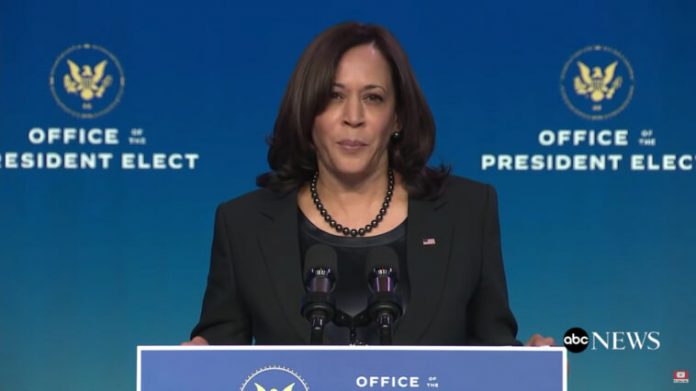 On Friday, Vice President Kamala Harris made a mysterious trip to Palm Springs (California) as Democrats try to block their $3.5 trillion reconciliation bill.

“Harris, who recently campaigned for Gov. Gavin Newsom in the Bay Area ahead of the state’s Sept. 14 recall election, appears unlikely to meet with local Democrats during her visit,” The Desert Sun reported. “Elle Kurpiewski, political director of the Democratic Headquarters of the Desert, said nobody she knows was aware of the vice president’s scheduled visit.”

Journalists were reportedly “not allowed” to watch Harris’ departure from Joint Base Andrews.

President Joe Biden met with Democrat lawmakers on Friday over the party’s attempt to pass both the reconciliation bill and the infrastructure bill.

Harris’ mysterious trip timing could not be more bizarre.

Harris, despite being Vice President for only 8 months and hiding from the public, is already in damage control mode. The Biden administration’s approval ratings continue their slide.

According to the Washington Examiner Vice President Kamala Harris hired crisis specialists to rebuild her “long term planning” perspective in the face of continuing disasters caused by the Biden administration.

Harris, who is a novice politician and is disliked by many Americans, is trying to save her political career. She has failed policy after policy.

Check out what the Daily Caller reported:

Vice President Kamala Harris has been considered by many liberals as a potential 2024 candidate, but more than eight months into her term, she is already trying to save her political career amid policy failures, faltering poll numbers and internal scandals.

Harris had little experience in Washington before President Joe Biden nominated her to serve as vice president, and was in her first term as the junior senator from California prior to taking office in January.

Harris’ political career could now be on the line due to her largely unsuccessful attempt to lead on policy areas with major implications for the Biden administration. Multiple outlets reported earlier this week that she has hired two new advisers to assist with “organizational development, strategic communications and long-term planning.”

CNN was told by White House staffers that Harris “appears eager for a portfolio which will allow her to win victories,” which is ironic given Harris’s lack of involvement in border crisis and other assignments.