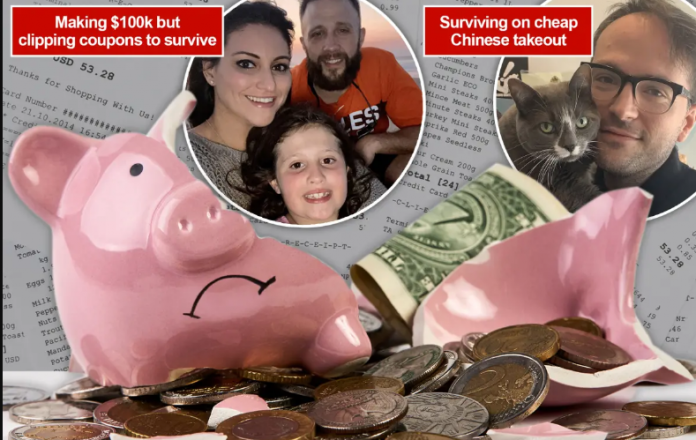 Inflation climbed 8.3% in August, according to news released yesterday, adding to the already bleak financial picture.

Gas costs may be slightly down, but the price of food, housing, and other necessities continues to be extremely expensive. Americans are scrimping and saving across the nation as they struggle to make ends meet.

Despite earning a combined $100,000 annually, Briana and Ken Howard are reducing their luxury spending and using coupons. Due to escalating prices for local lodging and dining, the family’s yearly trip to North Carolina’s Outer Banks cost $700 more this summer than it did last.

This year, the cost of their daughter’s summer camp increased by $300, and the family also incurred a $1,000 unforeseen car repair expense. Additionally, less money is being spent on home repairs, which hurts Ken’s roofing company. In a way they never did a few years ago, according to Briana, they now have to watch their pennies.

Attorney Rob Abiuso, 55, of Long Island, used to like dining out twice weekly at the neighborhood steakhouse. not anymore. He struggles to make ends meet these days, so eating out means frequenting a basic diner.

He thinks that the cost of his home and auto insurance has increased by around 20%, which has been a killer.

The pandemic destroyed the actor and comedian Gary DeNoia’s finances because he had long worked as a bartender to make ends meet. He was fired from his job at the restaurant, and a lot of his chances to perform also vanished.

To ease some of the stress, the Jersey City resident initially selected a less expensive apartment. The 38-year-old is now back working in restaurants and feels he’s making progress to dig himself out of the financial hole, but inflation and rent hikes have made it difficult. He received unemployment benefits and “learned to be more resourceful.”