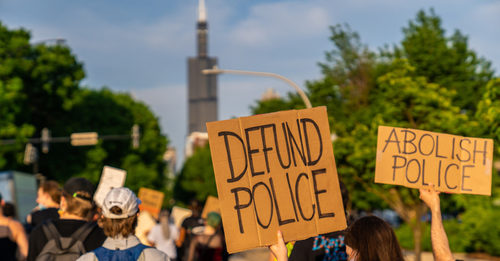 Democrats are pushing for defunding police at a never-before-seen rate.

In light of current concerns about an impending economic downturn and rising inflation, New York Local’s liberal mayor, Eric Adams, has announced a reduction in expenditure on all city departments, including the police.

All NYC departments will have to cut their budgets by 3% for the 2023 fiscal year, which began on July 1st, according to a document issued by Adams’ office.

Tim , name one city, or county that defunded the police. And if you don’t like defunding Law enforcement, will you condemn the MAGA deplorable’s who wish to defund the FBI?and purge the DoJ.

Adams emphasized that all agencies must suffer the lower budget as a result of the city’s escalating economic instability while addressing the need for budgetary reductions.

Given that the city is already struggling with increased crime, the New York Police Department (NYPD) is expected to suffer severely as a result of budget cuts.

This year, crimes in NYC are up 35.3% from last year, necessitating additional police presence on the streets.

The Mayor’s Office of Management and Budget director, Jacques Jiha, asserted that if the city doesn’t meet its income goals, her office will look into more cost-cutting measures.

The majority of the labor contracts in NYC have already expired or are about to do so, therefore the city must also bargain with labor unions, Jiha continued.

Jiha added that the city’s penchant for spending money on social services (such as shelters for asylum seekers) and the rising cost of healthcare and electricity are pressuring NYC to cut spending.

The administration is also concerned since the country’s deteriorating economic situation will result in little tax revenue for NYC, Jiha continued.

Additionally, the Department of Education would need to cut $435 million from its budget, and this is despite the contentious bill that New York Governor Kathy Hochul recently passed restricting the number of pupils allowed in classes.

Adams has previously suggested that the new contentious law adopted last week will require primary schools to spend an additional $500 million annually in order to comply.