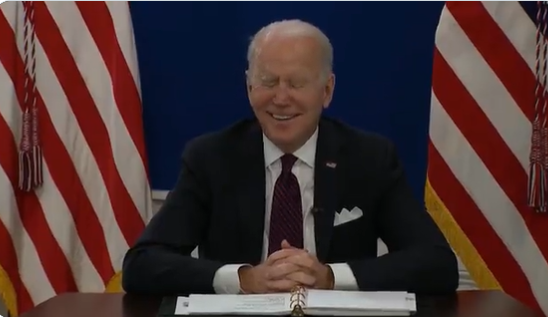 President Joe Biden snapped when a reporter asked him as to why he was waiting on Putin to make the first move. He answered this question, quite annoyed, and told the reporter that it was a stupid question.

It has been common knowledge that President Biden did nothing to actively deter Russia from pushing the US towards war or to actually create a plan of attack in the event that we go to war.

It can be deciphered that Biden is waiting on Russia when he said that Russia will be held liable if they invade the USA. He further added that it all depends on what Russia’s move will be.

Instead of providing a sensible response to a reasonable inquiry, he loses his cool, first laughing and then viciously stating that the question was foolish.

Far from being a foolish question, it got to the heart of the problem many of us have with Biden’s actions: rather than being proactive in one way or another, he’s passively responding to events as they arise and ruining the ship of state in the process, with his foreign policy being no exception. He’s neither standing firm nor bending, which might lead to a fatal error and increase the likelihood of a needless war.