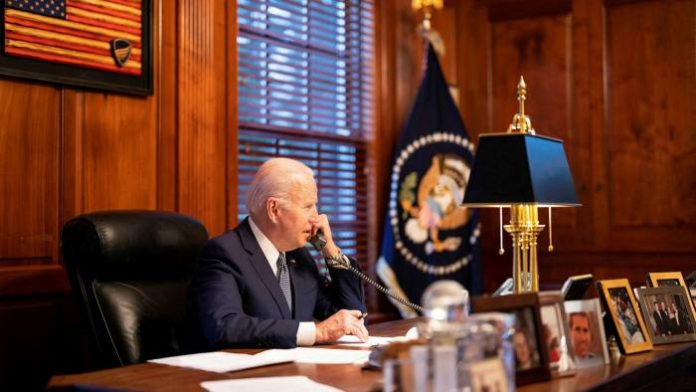 According to the White House, US President Joe Biden informed his Ukrainian colleague Volodymyr Zelensky on Sunday that the US would respond decisively if Russia attempts to attack its pro-Western neighbor.

With a Russian military buildup on Ukraine’s borders, Biden told Zelensky over the phone that the “United States and its allies and partners will respond decisively if Russia further invades Ukraine,” according to White House press secretary Jen Psaki.

The demonstration of US backing for Ukraine comes just days after Vice President Joe Biden cautioned Russian President Vladimir Putin that launching a military invasion would have serious implications.

Biden also emphasized Washington’s commitment to the idea of “nothing about you without you” during his discussion with Zelensky, an apparent allusion to the necessity for Ukraine to be included in talks about its own future.

Biden spoke with Putin earlier this week, their second phone chat in three weeks as tensions over Ukraine rise.

“I’m not going to negotiate here in public,” Biden said of his talk with Putin on Friday. “But we made it clear he cannot — I’ll emphasize, cannot — invade Ukraine.”