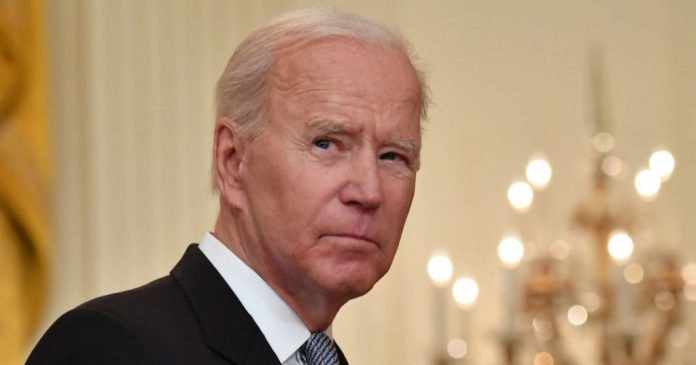 President Biden has issued an urgent warning to Americans in Ukraine to flee the nation, as the US prepares for a Russian invasion that authorities say may occur as soon as next week.

Biden warned Americans still in Ukraine that things might soon spiral out of control, and that he would not risk world war by sending soldiers in to save them.

Although Russia has denied plans to invade Ukraine with a force of more than 100,000 troops near the country’s borders, the Biden administration warned on Friday that an attack might be launched within days.

Top advisers including Secretary of State Tony Blinken repeated Biden’s stark message, claiming that Russia may launch an attack next week, during the Winter Olympics. Jake Sullivan, Biden’s national security adviser, urged Americans to leave within the next 48 hours.

The escalation comes after diplomatic efforts to de-escalate relations between the West and Russia failed. Russia claims that the West has disregarded its basic demand that Ukraine be denied membership in NATO. The US anxiety over a Russian invasion was dismissed by the Kremlin as bogus disinformation.

The Biden administration was recently mocked for accusing Russia of planning a false flag assault without evidence, a charge that Sullivan repeated Friday as the Pentagon announced the deployment of additional 3,000 troops to Poland.

The Biden administration has been sending soldiers to Europe to reassure NATO allies, but Biden has stated that no troops will be sent into Ukraine directly. The Ukrainians have received weapons from the Biden administration. On Saturday, Biden will speak by phone with Russian President Vladimir Putin.