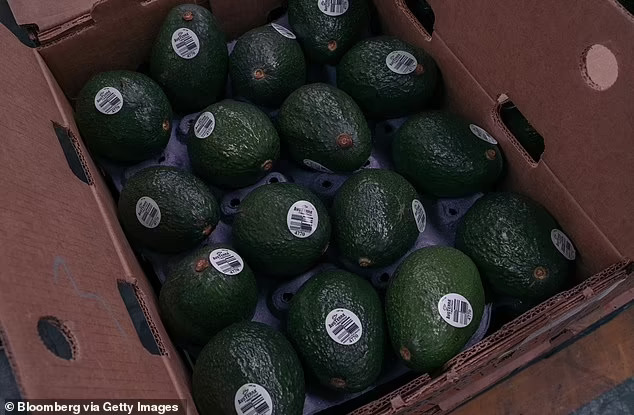 After an American health inspector was intimidated, the US temporarily banned avocado imports from a violent Mexican state, Mexico’s agriculture ministry announced Saturday.

The restriction of the crucial guacamole ingredient came a day before this year’s Super Bowl when a health official received a threatening call to his cell phone, according to a statement from the Secretariat of Agriculture and Rural Development.

The health worker was inspecting a building in Uruapan, Michoacán, a gang-infested territory that is one of Mexico’s deadliest states. It has been utilized as a drug-trafficking hub for decades, and the situation has only become worse due to periodic armed power struggles between competing gangs.

The specific nature of the threat was not disclosed by health officials, but it was serious enough to halt imports awaiting the outcome of an investigation by the US Animal and Plant Health Inspection Service and the Department of Agriculture, according to the statement.

Michoacán has shipped more than 135 thousand tons of avocados to the United States in the last six weeks, according to the Mexican government. The state exports the most avocados in the world.

In the last decade, rising US demand has lifted the region out of poverty, with Mexico exporting more than $2.7 billion worth of fruit in 2020.

Extortion, kidnapping, and avocado theft have all increased as a result of the increased cash flow.

Hundreds of avocado growers have organized a self-defense group called Pueblos Unidos to protect their fields since the situation has grown so perilous.

It isn’t the first time that officials from the US Department of Agriculture have been threatened.

A team of inspectors was ‘directly intimidated’ in August 2019 in Ziracuaretiro, Michoacan, a community just west of Uruapan. While the agency did not say what happened, local authorities stated the inspectors’ truck was robbed at gunpoint by a gang.

In 1997, the United States repealed a ban on Mexican avocados that had been in place since 1914 to keep weevils, scabs, and pests out of American crops.