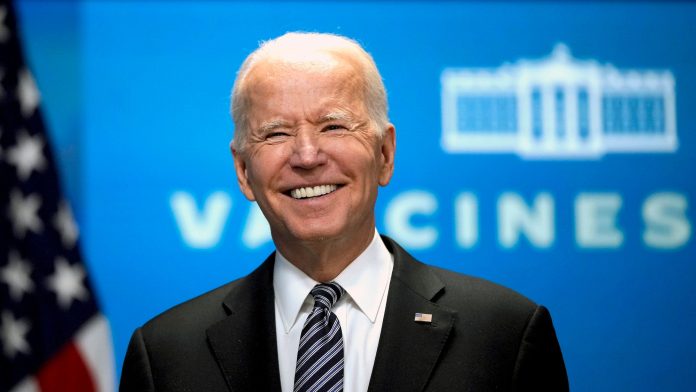 Joe Biden will deploy an army full of snitches to enforce his unconstitutional vaccination mandate. Remember, in order to kill the Jews, a certain German leader of the 1930s relied on “whistleblowers”. Anyone who has paid attention should not be surprised at this type of tyrannical behavior by Biden. This should have been obvious when Biden demanded that every American “show their papers” in order to live a basic life.

According to CBS News “The government will rely on a corps informers to identify violations to the order” as they don’t have the resources or the means to monitor 84,000,000 employees.

They will continue to do so:

“What’s not known is just how many employees will be willing to accept some risk to themselves — or their job security — for blowing the whistle on their own employers. Without them, though, experts say the government would find it harder to achieve its goal of requiring tens of millions of workers at large businesses to be fully vaccinated by January 4 or be tested weekly and wear a mask on the job,”

This is a great question. How many Americans will submit to the tyrants’ rule? Unfortunately, as we can see on social media, Biden’s entire left-wing base supports being “whistleblowers”.

Are you kidding me? The osha rule has been blocked by a court already https://t.co/yDtSNHN6tw


So a society of government snitches…totally healthy and normal! https://t.co/C4VCyQPPVM

“”There is no army of OSHA inspectors that is going to be knocking on employers door or even calling them,” said Debbie Berkowitz, a former OSHA chief of staff who is a fellow at Georgetown University’s Kalmanovitz Initiative for Labor and the Working Poor. “They’re going to rely on workers and their union representatives to file complaints where the company is totally flouting the law.”

The regulation requires that employers keep records of workers’ vaccination statuses. Workers who work in places where they are not required to get vaccinated will still need to have their weekly shots and be covered with masks.

OSHA stated that it will conduct spot-checks on businesses to ensure compliance with the regulations. It will also take into account complaints about businesses not following the regulation.

“We will have our staff available and responsive to complaints, which is a No. 1 way we hear about problems in a workplace,” said Jim Frederick, the acting chief of OSHA, on a conference call with reporters. He also said the agency will focus on job sites “where workers need assistance to have a safe and healthy workplace.””