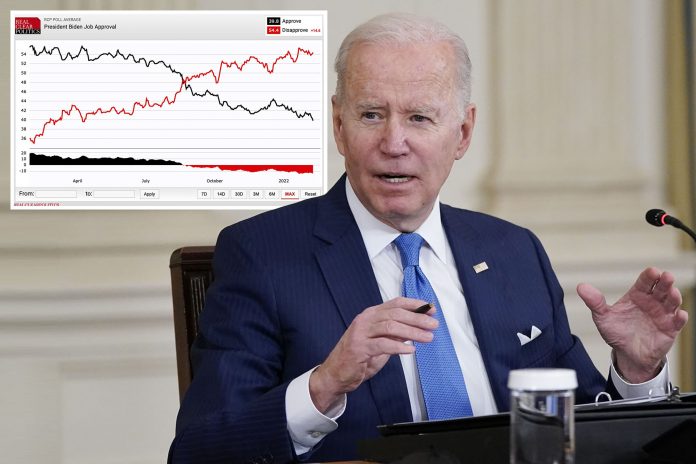 This week, President Biden’s approval rating in a key average of major polls fell below 40% for the first time since becoming office.

According to the Real Clear Politics average of all recent national polls, 39.8% of Americans approve of Biden’s job performance, while 54.4 percent disapprove.

On Thursday, the president’s average approval rating rose to an even 40 percent, with 53.8 percent of respondents disagreeing.

Biden’s support rating began to plummet last August, after initially hovering around 50% during his first months in office, as the country’s withdrawal from Afghanistan became increasingly chaotic and deadly.

According to RCP, Biden’s approval rating has fallen below that of his predecessor, Donald Trump, who concluded his four years in office with an average approval rating of 41.1 percent.

The low score comes as the White House grapples with increasing inflation and gas prices, the COVID-19 pandemic, and rising violence in major cities.