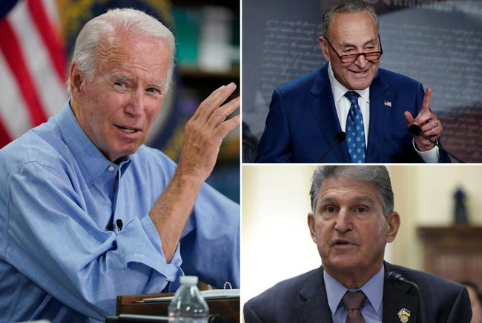 A $740 billion legislative plan that would boost company taxes to pay for the government’s climate and healthcare efforts is being criticized by major US business organizations on Capitol Hill.

The so-called Inflation Reduction Act, which President Biden is about to sign into law, is expected to burden businesses with “significant new tax increases and unprecedented government price controls,” according to the US Chamber of Commerce.

The legislation, which was approved over the weekend by the Democratic-controlled Senate, imposes a minimum 15% tax on businesses that declare yearly revenues of more than $1 billion.

Additionally, the package contains $80 billion for the Internal Revenue Service, which plans to employ 87,000 more agents.

The nonpartisan Joint Committee on Taxation predicts that 78% to 90% of the additional $200 billion in revenue that the agency would bring in as a consequence of its increased workforce will come from small enterprises with annual revenue of less than $200,000.

The Business Roundtable, another pro-business lobbying organization, said that the law would result in $300 billion in additional expenditures for businesses at a time when the nation is already experiencing economic difficulties.

The 1% tax on share buybacks, which will go into force next year, has drawn criticism from the Chamber of Commerce because it will interfere with the free flow of money and reduce the value of Americans’ retirement savings.

The bill’s clause allowing the government to haggle over the cost of some prescription drugs for seniors is also fiercely opposed by the pharmaceutical sector.

Tax experts warned that the potential revenue from the tax on stock buybacks, which ranges from $70 billion to $124 billion, may serve as a “gateway drug” for taxes to be imposed on all kinds of financial activities.

When Sinema convinced her party’s leadership to adopt a watered-down version of the law, businesses exhaled a collective sigh of relief.

As part of Biden’s strategy to undo the tax cuts from the Trump administration, the original version of the measure included a clause that raised the statutory corporation tax rate from 21% to 28%. However, Sinema’s veto killed that plan.