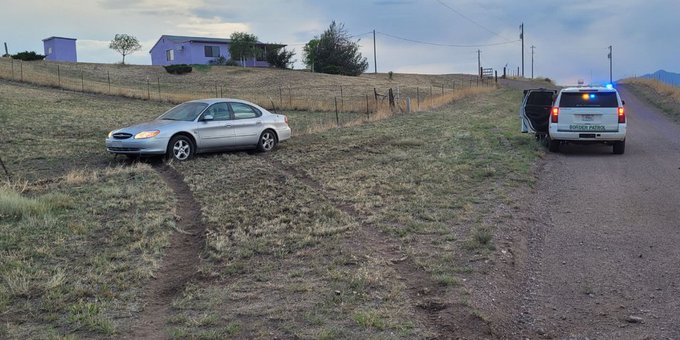 Over the past weekend, U.S. Customs and Border Protection officers in Arizona detained three Americans who were accused of smuggling people.

Along with a minor quantity of meth and fentanyl, a loaded gun was also confiscated from the suspects.

On Saturday, Modlin also tweeted that a second American had been detained after escaping the Sonoita, Arizona, Border Patrol station.

The official claims that when a car’s driver was submitted for a further check, he fled the scene and was later apprehended. The driver fled and the vehicle swerved out of control.

In the event, four other Mexican residents were also detained close by.

American chief patrol agent John Modlin of the Border Patrol’s Tucson Sector tweeted on Saturday that Sasabe, Arizona, agents from the Tucson Station reacted after border camera operators detected what they believed to be illegal activity.

In addition, Modlin shared images from the event, including shots of a gun and what he claims to be narcotic tablets.

An inquiry for comments was not immediately answered by the US Border Patrol.

The arrests come as Drug Enforcement Agency Administrator Anne Milgram recently urged Mexico to do more to assist in stopping the illicit trafficking of the drug. The fentanyl issue at the southern border is out of control and the arrests are taking place at this time.