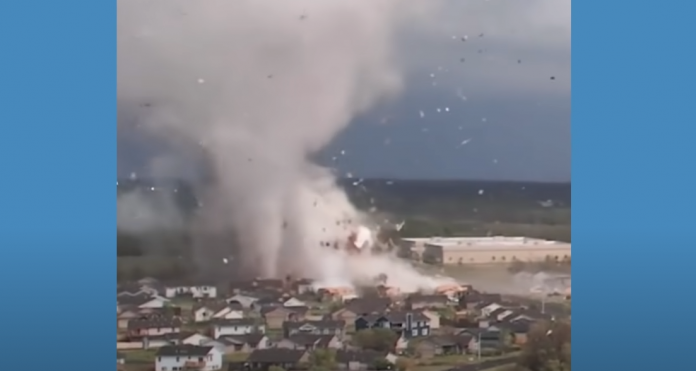 Tornadoes are one of the most dangerous natural disasters that may occur. Consider yourself fortunate if you have never been in the path of a tornado.

The video  was initially uploaded on Twitter by Tommy Castor and is characterized as some of the most severe tornado footage he’s ever seen. The tornado hit Andover, Kansas, yesterday evening, sending sections of residential homes flying into the air and flung aside, seemingly weightless.

To add insult to injury, extra protection was necessary on the site due to reports that looters were following the storm in order to profit from the wreckage it left behind.

During the destructive storm, several structures throughout the county were damaged.

Significant and hazardous weather is still affecting parts of Kansas, and officials are urging anybody who is in the path of these tornadoes and storm systems to stay vigilant.

Emergency workers were still assessing the damage and assisting local neighbors with cleaning.