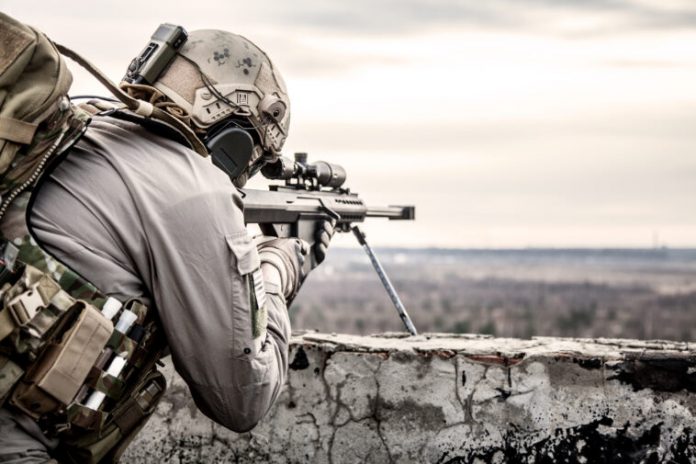 Wali, a former Canadian sniper who served with the Royal 22e Regiment in Afghanistan and as a volunteer fighter for Kurdish troops in Iraq in the war against ISIS, according to the CBC.

He, a veteran turned civilian computer programmer, had just crossed into Ukraine from Poland, leaving behind his civilian life and family to fight with the new International Legion, using his talents as a sniper and fighter.

He stated that he want to assist them. That’s all there is to it. He must assist because individuals are being bombed simply because they wish to be European rather than Russian.

He has a recorded kill distance of over two miles and is regarded as one of Canada’s deadliest snipers by those who know him.

Wali, unlike the Ghost of Kiev, is rumored to be a particularly lethal warfighter, but he’s far from the only foreign volunteer arriving in Ukraine to fight with the Legion. He’s only one of tens of thousands.

“The first of 16,000 are coming to defend the liberty and life of us and everyone,” Zelensky said, announcing the program’s success. I’m confident it will be a success.” That number could perhaps be underestimated.

More than 20,000 people from dozens of countries have traveled to Ukraine to fight, according to Ukrainian Foreign Minister Dmytro Kuleba.

Still, everything should be taken with a grain of salt, as little accurate information is coming out of the war-torn country, and many of the stories of Ukrainian resistance, such as the Snake Island story and the Ghost of Kiev story, have been debunked.

However, if Wali is real, he should be an useful boost to the Ukrainian army fighting the Russians.