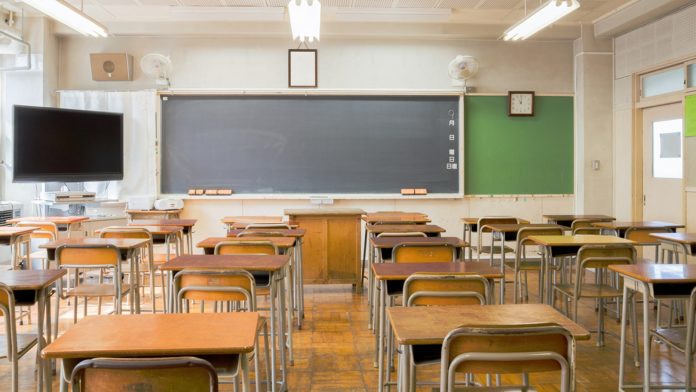 A total of 1,688 911 calls were made in the first four months of class. Between August and February in the schools, there were 102 sex assaults, 87 assaults, 82 school threats, 76 controlled substance episodes, 57 weapon-related incidents, 57 conflicts, 35 mental health issues, 28 property crimes, and four robberies.

The crimes reached a fever pitch when a shooting occurred at Magruder High School in the county on Jan. 21, intensifying community requests for police to return to the campus.

The district is now working on a strategy to boost the number of police at schools, but not to SRO levels.

At the start of this school year, the Virginia school district was shaken by a rash of violent fights in the classrooms, which some blamed on the Alexandria City Council electing to eliminate the officers in the spring of 2021.

In October, the city council voted to temporarily reinstall SROs in schools through the conclusion of the school year.

Last year, the Pomona Unified School District in California chose to defund its school police. After a gunshot near Pomona High School left a 12-year-old injured, SROs were back at school just four months later.

According to Rudy Perez, vice president of the National Association of School Resource Officers, the job of a school resource officer is truly not about being a cop, but rather truly about being part of that ecosystem where you can address the safety issues, concerns that parents have, that teachers have.