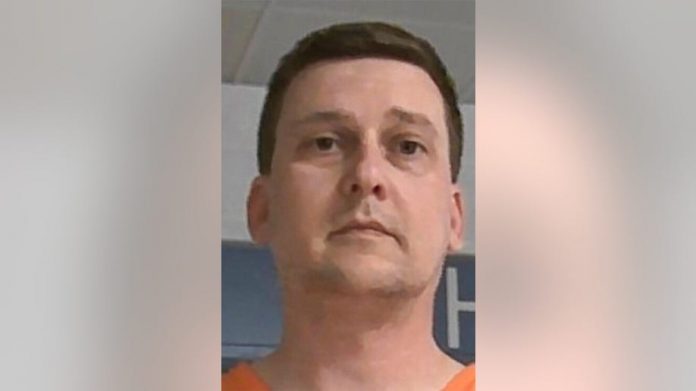 A Navy nuclear engineer entered a guilty plea Monday to transmitting classified information about American nuclear-powered warships to a person he mistook for a foreign government official but turned out to be an undercover FBI agent.

Jonathan Toebbe, 43, pleaded guilty to a single count of conspiracy to communicate restricted data in federal court in Martinsburg, West Virginia. Lawyers agreed on a sentencing range of 12 to 17 years in jail as a possible penalty.

Toebbe and his wife, Diana, were detained in October after prosecutors claimed he exploited his access to top-secret government material by selling details based on the design elements and performance characteristics of Virginia-class submarines

During his guilty hearing, Toebbe admitted that he and his wife conspired to give secret information to a foreign government in return for money with the goal to injure the United States.

Toebbe told the court that he considered himself guilty.

According to the FBI, the plot began in April 2020, when Jonathan Toebbe sent a package of Navy documents to a foreign government and expressed interest in selling operations manuals, performance reports, and other sensitive information to that country. Prosecutors claimed he sent directions to his purported contact on how to create a hidden relationship with him in the package, which had a Pittsburgh return address.

Last December, the FBI got that material through its legal attaché office in an unnamed foreign country. This sparked a months-long undercover operation in which an agent masquerading as a representative of a foreign country contacted Toebbe and eventually paid $100,000 in cryptocurrencies in exchange for the information he was offering.

The country to which Jonathan Toebbe intended to sell the information was not specified in court records and was not revealed in court on Monday during his plea hearing.

Toebbe, who had a top-secret security clearance from the Defense Department, promised to help federal agents locate and retrieve all confidential information in his custody, as well as the roughly $100,000 in bitcoin paid to him by the FBI, as part of the plea deal.