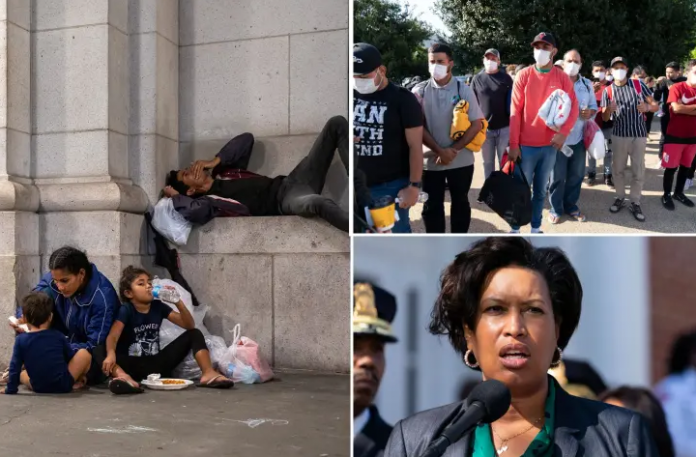 When the Biden administration freed illegal immigrants, Texas Governor Greg Abbott vowed to bus them up to D. He said of White House officials, “If they’re not going to come to the border, I’m going to take the border to them.”

Arizona followed suit, but I must admit that I had my doubts. Of course, political stunts are commonplace, so there is nothing wrong with them, but I assumed the numbers wouldn’t be significant enough to draw notice.

The opponents of enforcement were harsher, making fun of what they saw to be a funny self-own by troglodytic Republican governors. It’s good that the state of Texas is assisting them in reaching their goal, snarled Jen Psaki, the White House press secretary at the time.

According to Dana Milbank of The Washington Post, the bus travels were a failure and had no bearing on President Biden, the aforementioned government, or even local authorities.

This week, DC Mayor Muriel Bowser called with the National Guard to assist her city in resolving the humanitarian catastrophe brought on by the influx of so many unauthorized border crossers. She said in her letter to the Department of Defense that the 4,000 migrants who had crossed the Southwest border during the previous three months had outnumbered her ability to respond.

It turns out that each day in June, the Texas Border Patrol detained more over 4,000 border crossers.

Even though the buses are only headed to DC, the small border towns that have had to deal with the more than one million illegal immigrants the Biden administration has let into the country since January 2021 lack the resources of Washington, DC, or New York, about which Mayor Adams has also complained.

For instance, the 35,000-person border town of Del Rio in Texas last October witnessed the virtually immediate emergence of a slum with 15,000 illegal Haitians. In December, Yuma, Arizona, declared a state of emergency due to the daily arrival of 1,000 border jumpers.