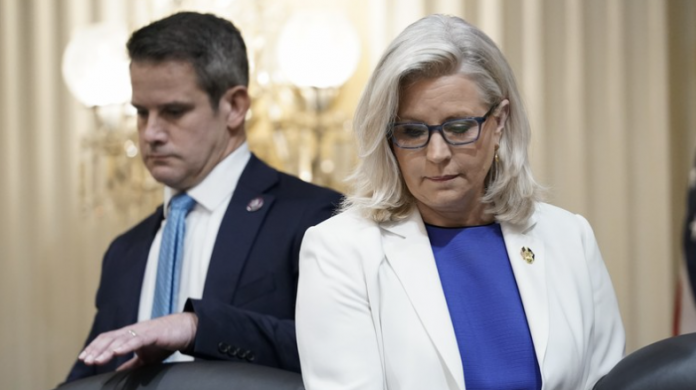 Due to a misdemeanor conviction for accessing the Capitol grounds on January 6 but not the building, a New Mexico court permanently prohibited Otero County commissioner Couy Griffin from pursuing state or federal office. The judge decided that this offense fell under the 14th Amendment’s definition of an insurrection and ordered Mr. Griffin’s immediate resignation as a result. Of course the judge is a Democrat apparatchik, while Griffin is a Republican Trump supporter.

The court awarded him a 14-day sentence despite the feds asking for a 3-month term for strolling past the Capitol.

Cowboys for Trump founder Couy Griffin has prevailed against efforts to recall him from office as a county commissioner in southern New Mexico. https://t.co/3zkkpuWZI5

Griffin has now been removed from office by an AstroTurf outfit and a state court who was agreeable and complicit.

When the federal government itself never declared a national rebellion occurred over two years ago, a state judge cannot make that claim. On January 6, no federal soldiers were stationed, which is somewhat of an indication that an insurrection did not occur. None of the political detainees from January 6 are accused of inciting an uprising or taking part in one.

"Due to Griffin’s status as an elected official & his flagrant disrespect for law enforcement.. Griffin’s conduct presents a very real need for specific deterrence in the form of incarceration" pic.twitter.com/mAD24BaNHJ

No court anywhere has the right to declare that civil authority has crumbled and that a state of rebellion exists; such authority only belongs to the government. No one may be disqualified from running for federal office by a state judge.

The Supreme Court would eventually have to rule that a clandestine rebellion occurred on January 6 that the federal authorities overlooked in order for the insurrection gambit to succeed at the federal level. IANAL and certainly not an authority on New Mexico law, but the decision makes it seem like this is a typical decision in a Democratic-run state where the law is used to protect offenders and penalize political rivals.

The outcome was somewhat predetermined, as evidenced by the fact that the matter was even heard. Griffin may not be the brightest tool in the drawer if he choose to disregard the danger and protect himself.