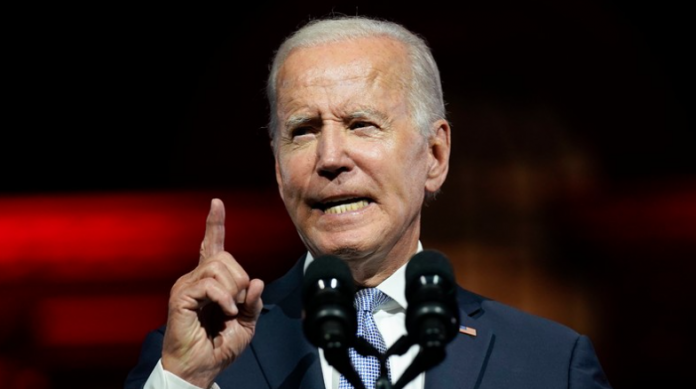 A recent survey released by Trafalgar Group in collaboration with the Convention of States does not bode well for Joe Biden’s latest strategy of demonizing millions of MAGA Americans as dangers to this nation.

For more than a week, Biden put in a lot of effort, ending it last Thursday with his address in prime time. But when pressed about it by the media the next morning, he immediately sought to backpedal a little, indicating that he must have observed the speech’s immediate impact. Even CNN criticized the use of Marines, and reporters enquired of White House Press Secretary Karine Jean-Pierre whether Biden would retract his remarks disparaging Americans.

The data are in, and they demonstrate what a mistake this strategy was. Biden most likely did this in an effort to energize his supporters so they would “vote, vote, vote” as he urged them to do during the address they said was “non-political.”

We questioned likely voters what they felt about Biden’s assertion that the radicalism of his political rivals threatens the fundamental underpinnings of our nation.

56.8% of likely voters felt the speech is intended to inflame animosity among Americans and shows a dangerous escalation in language.

Only 35.5 percent of respondents thought the election-year campaign message was acceptable. The majority of the 70.8 percent of Democrats who stated so were Democrats. The fact that they were unable to see the speech’s flaw demonstrates just how out of control they have become.

What the independents thought was the true story of the survey. 62.4 percent of independents described it as a “dangerous escalation,” which aligns with a recent YouGov poll that found Biden is tanking with independents overall, with only 26.7 percent approval and 64.1 percent disapproval. These are the voters that the Democrats would need to fend off the red wave.

The Trafalgar survey, which was done for three days following the speech and was almost D+4, shows a slight Democrat tilt.