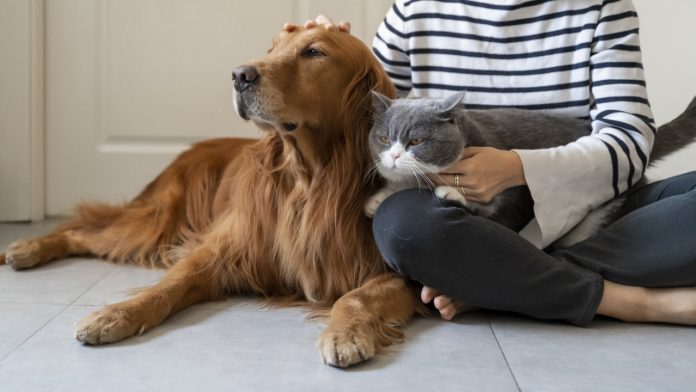 A new study suggests that a same-sex male pair may have transmitted monkeypox to their four-year-old greyhound, since there are still concerns over the virus’ ability to spread from person to person.

In an article that appeared in a medical publication on Wednesday, The Lancet revealed the discovery and noted that the couple’s greyhound first became ill with the virus over two weeks after they did.

After that, the scientists used PCR testing to determine the dog had monkeypox. The two men admitted that they allowed their dog to lie in their bed but made a conscious effort to avoid interacting with other animals and pet owners in public, according to the report.

Dr. Jonathan Temte, dean of the University of Wisconsin Medical School, stated that “This case establishes the possibility of human-to-domestic pet transmission.”

We just do not know how sensitive the great majority of animal species are to monkeypox infection, and we do not know the likelihood of transfer from a pet (such as a dog) to a human, he said.

According to infectious disease specialist Amesh Adalja, the findings were not especially surprising because the virus most likely originated in some form of animal. He did, however, reassure us that it is probably a rare occurrence.

As of Friday, the Centers for Disease Control and Prevention reported 11,177 confirmed cases of monkeypox across the country. Twelve individuals have died from the infection globally, mostly in Spain.

“The danger with monkeypox passing into animals in non-endemic countries is that it allows the virus to establish a domestic reservoir outside of its usual zone of endemicity,” he added.