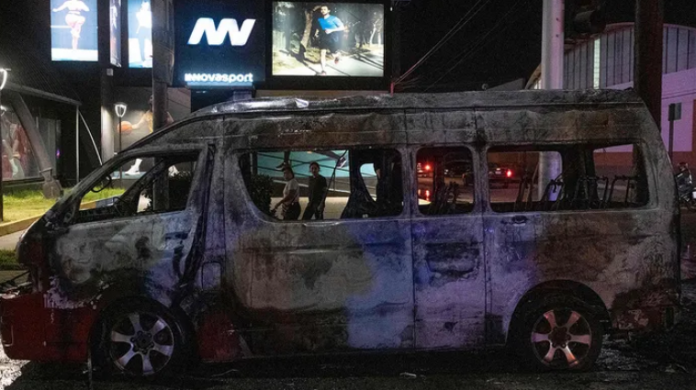 US federal workers in Tijuana, Mexico, and Baja California, as well as the general public, have been advised to take cover in case violence breaks out, according to the US Consulate in Tijuana.

The conflict between the Sinaloa Cartel, previously headed by the notorious El Chapo Guzman, and a local organization called Los Mexicles started on Thursday in a jail in Ciudad Juarez. Before the fight spilled onto the streets, it resulted in two fatalities and 16 injuries.

A shelter-in-place order was then issued.

Governor of Baja California Marina del Pilar Avila Olmeda tweeted, “We will apply all the strength of our government so that there is peace and we find those responsible for these attacks.”

In reaction to a military operation targeting Jalisco New Generation Cartel leaders, violence broke out this week in the states of Jalisco and Guanajuato. On Thursday night, it spread to the border city of Ciudad Juárez, where hours of horror resulted in at least 11 fatalities.

Caballero disregarded the possibility of a curfew in the city and asserted that residents could go about their everyday lives in peace. 2,000 police officers and 3,000 members of the National Guard are on standby, according to Ramirez.