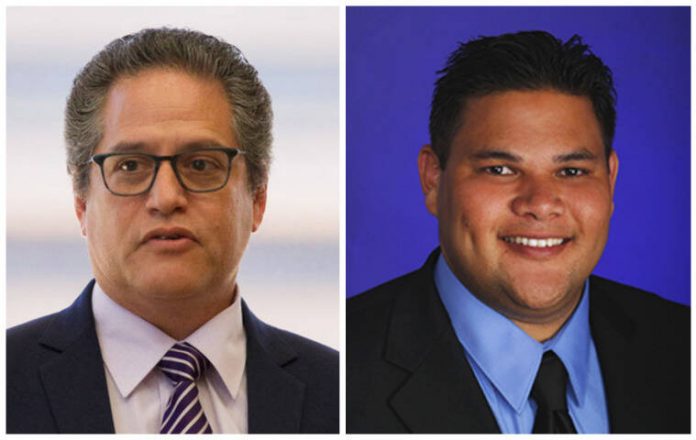 According to the Justice Department, a former Democratic Senate majority leader in Maui, Hawaii, was charged in federal court on Tuesday with allegedly accepting more than $18,000 in bribes, including an agreement to introduce and kill bills in exchange for cash.

According to records filed in the United States, Jamie Kalani English, 54, began accepting bribes from a company owner in 2015, including several thousand dollars to buy food and drinks for political rallies. Honolulu’s District Court.

English allegedly collected $10,000 in cash during the 2020 legislature session to postpone the passage of two cesspool measures, and another $5,000 in 2021. The advantages English got over the years amounted more than $18,800, according to the DOJ, which also noted that he failed to disclose during a relevant period.

Both English and Rep. Ty Cullen were charged with one count of honest services wire fraud, which carries a maximum sentence of 20 years in prison and a fine of $250,000.

Cullen, 41, resigned from his District 39 seat on Tuesday after the allegations were announced. Beginning in 2014, he allegedly accepted presents, including casino chips, and four cash payments totaling $23,000 between September 2019 and March 2020.