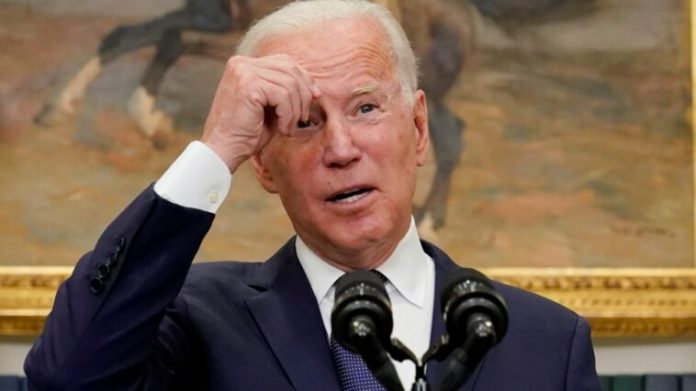 Biden’s immigration policies don’t seem to be popular. People are calling for Biden’s impeachment due to his policies. They also slam his actions as a dereliction or breach of duty. Americans are sick and tired to death of the left’s extreme-left immigration policies and they are taking action to end them.

Recently, this has been in the form of Texas and Arkansas, Alaska and Florida, Indiana, and Missouri, Montana and Oklahoma suing Biden for using the Obama-era Central American Minors Refugee and Parole Program to transport the families of illegal immigrant minors who make it into the United States.

The government grants certain minors who are illegal immigrants “protected status”. Instead of being deported as required under US immigration law, they are allowed to petition the government for permission to bring their family members in. This program is available to illegals living in El Salvador, Guatemala, Honduras, and El Salvador.

Yes, that’s right. Team Biden actively searches for illegal immigrants’ family members and helps them flood into the country. This comes with all the associated costs and violations of immigration law.

The aforementioned states have filed suit to stop this horrid policy and to defend their citizens from illegal immigration.

The complaint is a good summary of the problems with the program. It shows how it penalizes those who wait to enter the country legally, and rewards those who break the law and cross the border. The complaint explains it as follows:

Aliens who are qualifying relatives of American citizens or lawful permanent residents often wait years—or decades—to lawfully immigrate to the United States. They endure lengthy processes, background checks, and paperwork requirements that can seem substantial. But they go through the processes that Congress created, and they patiently wait for their opportunity to lawfully enter the United States and pursue the American dream.

Conversely, illegal aliens do not have the right under federal law to petition the federal government for their relatives abroad to join them in residing in the United States. There are no lawful paths for aliens who lack status to come join other aliens who lack status in the United States—and for good reason. It defies common sense. No sovereign nation would reward those who break the law by permitting family members abroad to join them in living in the sovereign territory unlawfully, particularly with the assistance of the government itself. To do so would undermine national sovereignty and would be fundamentally unfair to those who pursue lawful immigration channels and patiently wait for their opportunity to immigrate to the United States.

Obama started the program in 2014, and Trump ended it just days later. After he was elected president, Biden started it all over again.

It is not clear if the state can win the lawsuit. It is encouraging to see that the red states are taking steps to stop Biden’s far-left policies.