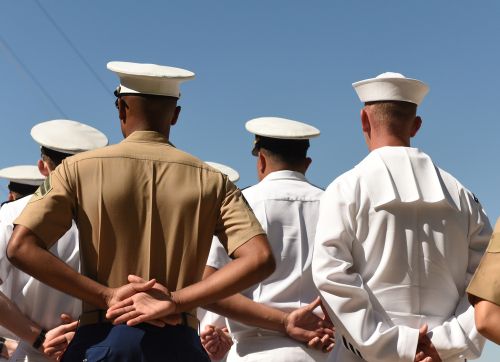 As part of the so-called Fat Leonard corruption case, a top US Navy officer has admitted to taking a large payment.

Some have called this one of the most serious national security breaches in the United States since the Cold War ended 30 years ago.

BBC: Commander Stephan Shedd, USN, has pleaded guilty to helping Fat Leonard defraud the Navy of $35 billion, in return for cash, expensive prostitutes, and luxurious travel. He is the third 7th officer to plead guilty out of 9 indicted. Fat Leonard was lured to the US and jailed

The US Navy officer in issue, Commander Stephen Shedd, took bribes totaling a quarter-million dollars, according to the newest confession in the disturbing case.

The so-called Fat Leonard, a foreign defense contractor located in Singapore, bribed Shedd, a member of the Navy’s Seventh Fleet. He admitted to passing on sensitive US government material to him.

To top it off, according to the Department of Justice, the bribes were only partially paid in cash; the rest was paid in prostitutes, entertainment, food, hotels, travel, and other presents. Shedd, on the other hand, pleaded guilty to the bribery counts.

Nine additional members of the US Seventh Fleet’s leadership have been charged with the same offenses as Shedd. According to the Navy Times, a total of 28 US Navy and defense contractor individuals have admitted their culpability.

Francis pleaded guilty to the accusations brought against him by the US government in 2015, but has yet to be sentenced.

He was the CEO of his defense contractor company, Glenn Defense Marine Asia, and a Malaysian citizen. He weighed roughly 350 pounds, according to the other facts available on him.

Shedd admits to giving Francis secret information about ship timetables and logistics during his stint as a US Navy officer.

According to the Justice Department, Shedd and the other officers received "sex parties with prostitutes and luxurious dinner and travel" in exchange for military secrets and "substantial influence" for the Glenn Defense Marine Asia (GDMA) company,-https://t.co/Nb59FkTdx2

Six other defendants, in addition to Shedd, are accused of scheming to trade military secrets and influence in exchange for sex parties with prostitutes, fancy dinners, and travel, among other things.

One more commander, four captains, and one rear admiral, Bruce Loveless, are among them.