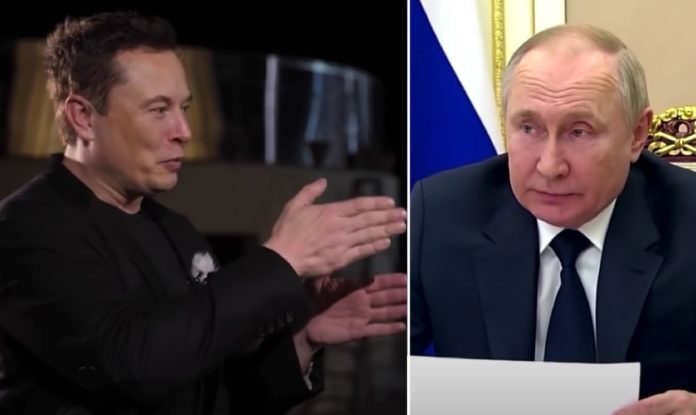 Elon Musk, the world’s richest man, isn’t sitting on the sidelines as Russia pursues its unjustified invasion of Ukraine.

The self-made billionaire is already helping to save the Internet in Ukraine by taking matters into his own hands.

“We want you to give Ukraine with Starlink stations,” said Ukraine’s Vice Prime Minister Mykhailo Fedorov. Musk verified Starlink was on the way within hours, and the equipment arrived shortly after.

Musk, the CEO of SpaceX, seems to insinuate that his business could prevent Russia from putting the ISS in jeopardy.

Without Russian assistance, the ISS may fall out of orbit, according to the head of Russia’s space agency.

“If you block cooperation with us, who will save the ISS from an uncontrolled de-orbit and fall into the United States or Europe?” Rogozin said in a tweet.

“There is also the option of dropping a 500-ton structure to India and China. Do you want to threaten them with such a prospect? The ISS does not fly over Russia, so all the risks are yours,” he continued.

Musk responded by sending a picture of the SpaceX logo.

Then Musk stated that SpaceX would assist in the ISS’s rescue.

Here is what the ISS would look like without the Russian Segment attached – in it's place, a Dragon could be docked to provide reboost capability and attitude control. pic.twitter.com/2Zvrotv2Zw

A Russian segment is currently linked to the International Space Station.

A Dragon may be docked to give reboost capabilities and attitude control to solve difficulties.