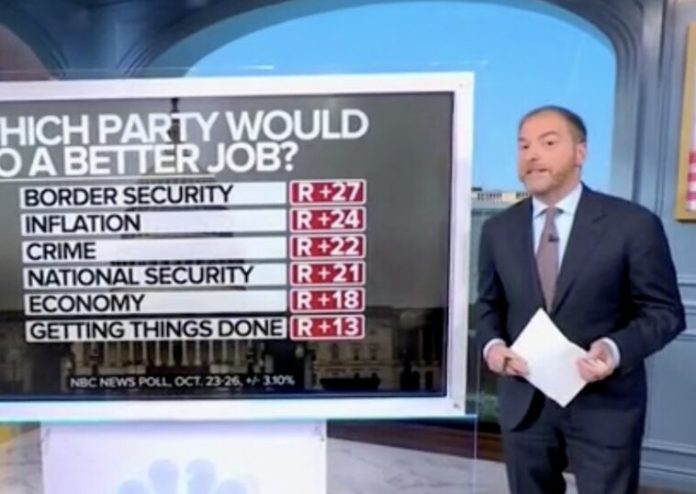 Chuck Todd, a far-left MSNBC host, was forced to confess the devastating truth on Sunday about his beloved Democrats.

Todd spoke out about a new NBC News poll showing 71% of Americans believe the country is heading in the wrong direction.

“A shocking 71 percent say we’re on the wrong track, and that includes a near majority of Democrats who are saying that,” he continued. “President Biden’s approval rating stands at a dismal 42% versus 54% who disapprove. Believe it or not, just two months ago Mr. Biden was in positive territory” Todd continued.

Poor Chuck. He supported Biden and the Democrats throughout 2020, and now he has to face the harsh realities.