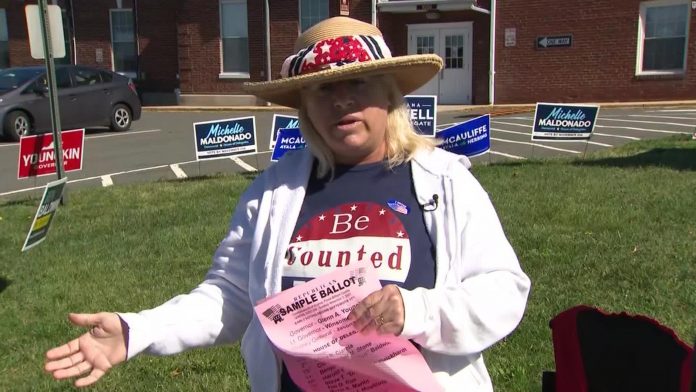 A new lawsuit brought attention to the United States Postal Service just days before the highly publicized race for Virginia’s next governor.

The Democratic Party of Virginia filed the suit last Friday alleging “significant delays” in the delivery of voter mail and election results across the Commonwealth.

According to the report, “thousands” of absentee ballots are currently sitting at post offices in the state. The USPS has not yet scan them into the system.

The lawsuit claims that delays in three areas are “egregious”, including the City of Portsmouth, James City County, and Albemarle County, which covers the area surrounding Charlottesville.

According to the lawsuit, there are over 1,000 unscanned ballots in JCC and Portsmouth (1115 and 1 021, respectively). This is about 25% of all the ballots requested by Democrats for these areas.

“ALL ballots received daily by our office are entered into the Virginia Election and Registration System.”

Dianna Moorman was the Director of Elections in James City County and the General Registrar. She called the delay issue “anomaly”.

All ballots that we have an application for have been issued and we have, to date, received over 60% of the USPS/email issued ballots back from the voters. This percentage is consistent with localities across the state.

The lawsuit lists four actions it would like the courts take:

A spokesman for the USPS responded to the lawsuit claims in a written statement:

The Postal Service has a robust and tested process for the proper handling and timely delivery of Election Mail. Our Election Mail processes and procedures are fully operational in Virginia. We are not aware of any processing delays of any ballots within our facilities nor any ballot delivery delays, and we have fully communicated this information to election officials.

Throughout the election cycle we work closely with state and local election officials and have been addressing any concerns that they raise. Daily sweeps are being conducted in all our Virginia facilities.

The United States Postal Service is fully committed to fulfilling our important role in the electoral process as a secure, efficient and effective way for citizens to participate when policymakers decide to use mail as part of their election system.