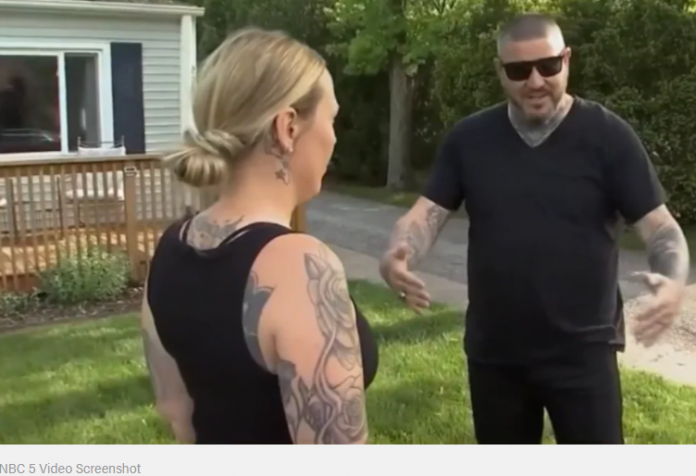 Last week, a wanted criminal attacked a police officer in Portage, Indiana. If it hadn’t been for a former MMA fighter giving his abilities to incapacitate the offender, the wanted man may have slipped away from the cops.

On Monday afternoon, William Cassoday, 39, was driving with his wife to show his mother their new automobile. He witnessed a Porter County Sheriff’s Office patrolman getting hit in the face while driving and pulled over to assist the injured officer.

Cassoday, unfortunately for the criminal, is a former MMA fighter and Brazilian jiu-jitsu trainer.

He has been training on and off for 13 years and is working on his black belt, easily dispatching the offender. He approached from behind and wrapped his arm over the felon’s neck, then tightened the hold with his other arm in a rear-naked choke.

Within 15 seconds, he had the man pinned, and the police officer had recovered enough to arrest the culprit.

Christopher Delgado, 37, was identified as the suspect by the Porter County Sheriff’s Office.

Delgado was going down the street when a patrolman from the Porter County Sheriff’s Office recognized him and pulled him up for an outstanding warrant for car theft. During the altercation, Delgado reportedly assaulted Smith.

Delgado was taken into custody and charged with violence, resisting arrest, and giving police false information.

A punch caused swelling over Patrolman Smith’s right eye, but he is expected to be fine, according to officials.

Officials from law enforcement have expressed their gratitude to Mr. William Cassoday for his brave deeds.