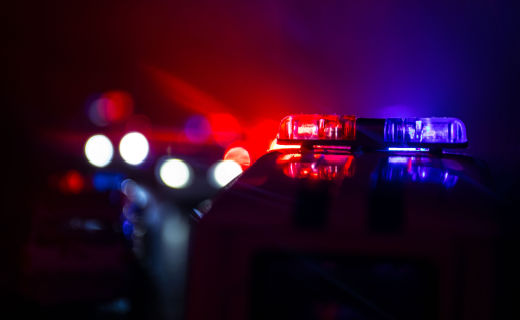 These days, being a police officer is a difficult, thankless profession. The struggle these brave people experience has been greatly exacerbated by the false narrative that law enforcement is fundamentally racist and authoritarian, which is promoted by leftists in the media, Congress, and popular culture. The left claims that police deliberately target young black men and women with the goal of killing them. Many people have this foolish belief, despite how absurd it sounds.

Unfortunately, this misleading narrative has very serious repercussions. Over the past few years, there has been an increase in the number of police shootings, particularly in light of the death of George Floyd and the “defund the police” movement that resulted from that event.

In Georgia, one such occurrence occurred on Thursday night.

According to regional law enforcement officials, two Georgia deputies who were executing a warrant were “ambushed.” The arrest warrant was issued in Cobb County, a reasonably populous county in the northwest of the Atlanta metropolitan region, for failing to show up in court on a charge of theft by fraud. The identities of the two suspects in the policemen’ deaths have not yet been made public, despite the fact that they have been apprehended.

Both of the deceased deputies, who were also unnamed, had served with the agency for more than five years. Before revealing the names of the deputies, Owens stated that he wanted to ensure that family notifications were complete.

According to local law enforcement, shots were fired from both inside the house and from a moving vehicle as the deputies delivered the warrants and spoke with one of the people involved in the killing. The injured deputies were sent to Grady Memorial Hospital and Wellstar Kennestone Hospital after suffering their injuries.

One of the wounded officers was struck in the head by a bullet. The other passed away from a pelvic injury while being transported to the hospital.