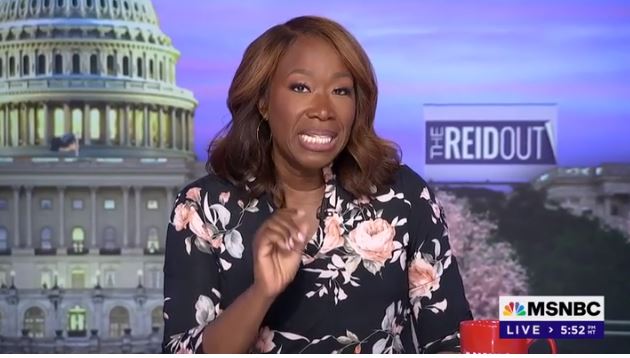 What is the rationale behind the GOP’s anti-abortion legislation? Most conservatives would argue that the goal of banning abortion isn’t to force the woman to do anything, though that is a side effect, but to protect unborn infants from being slain, to prevent newborns from being murdered.

Leftists may disagree with that argument, mostly because they believe fetuses aren’t children, but it doesn’t mean it’s not what the GOP believes in general. Screaming from the left won’t change that.

Nonetheless, one of the View’s cackling hens believes that the GOP’s main goal is to control women. She believes that, beyond the argument about safeguarding children, the GOP is truly trying to treat women’s bodies as state property.

The conservative-dominated Supreme Court is getting closer to informing American women that once they get pregnant, their bodies belong to the state. Even if it is from rape or incest, this happens. Restrictive abortion laws are flooding Republican statehouses throughout the country.

Saying we will eradicate the plague of abortion unless you do it was always a winning election approach. Because if you do it now, you’ll be able to witness what occurs when it’s put into practice. It entails detaining women and imposing bounties on them. It entails revealing that if we had abortions, two of us could collect money on our heads. It implies a great deal of brutality toward the woman.

Of course, she’s utterly missing the point. The goal of laws restricting access to abortion services isn’t to be cruel to mothers or to treat women like property.

The goal of banning abortion is to prevent what many on the right regard as child murder, the death of unborn children.