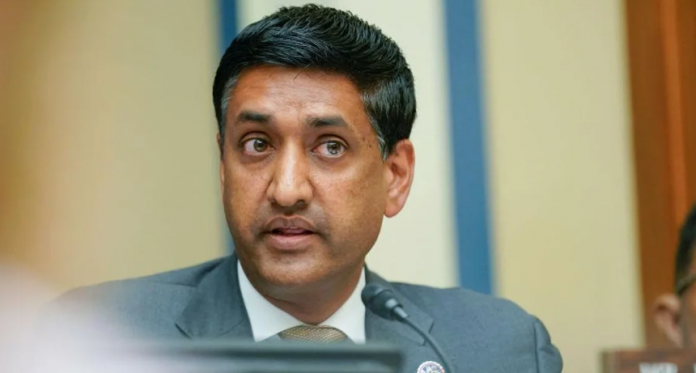 On Thursday, Democratic Representative Ro Khanna made a spectacle of himself to criticize President Joe Biden for exporting American energy.

Since Biden decided to unleash oil from the Strategic Petroleum Reserve, American oil exports have grown.

In reality, part of the oil that was released from the SPR was exported. Last month, more than 5 million barrels were sent to nations in Asia and Europe. France, the Netherlands, India, and possibly China were among the places visited.

The California Democrat acknowledged that despite Americans paying record-high petrol prices, the Biden administration has failed to halt oil exports.

According to Khan, 3.44 million barrels of oil are exported daily by United States energy firms.

Later on in the interview, Khanna slammed Biden for his upcoming trip to Saudi Arabia, where he is anticipated to request that the country expand its oil output, which is allegedly currently operating at or close to capacity.

“The president ran saying he would make Saudi Arabia a pariah state, that he was not going to engage. They’re still engaged in a brutal war in Yemen, and I don’t think that he should go meet with MbS until MbS takes some accountability for the murder of Jamal Khashoggi and until they bring the war in Yemen to an end. Look at the irony: We’re going to beg Saudi Arabia for oil while we’re exporting our own oil around the world. It makes no sense — and the Saudis are going to play us.”

At the conclusion of the interview, Khanna made the claim that, as numerous surveys have shown, Biden is not concentrating on the topics that are most important to Americans.