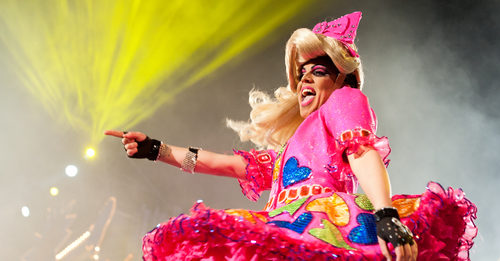 Libs of TikTok is one of the most popular Twitter accounts. The report exposes the far left’s absurd and alarming conduct in this nation, notably in our schools and popular culture.

A leftist journalist went after the account’s owner some months ago, attempting to put her in danger. It was ineffective.

Attempts to block the account were also reversed since it just publishes updates on the extreme left’s activities and displays them in their own words.

In Arizona, a teacher arranged a drag show for students and was later arrested after allegedly having sex with a student. https://t.co/egPaYZwD5I

As seen by its latest article on an impending drag queen event in Jasper, Indiana, Libs of TikTok provides a crucial service.

Libs of TikTok announced a small town drag event in Jasper, Indiana at the end of May. This little community in Dubois County is roughly an hour northeast of Evansville, Indiana.

They announced an impending drag queen event in the town’s park as part of a Pride celebration. They stated that it was open to everyone, including children, and that bringing money to tip transsexuals and crossdressers was also recommended.

Many individuals were concerned by Libs of TikTok’s announcement of an impending drag queen concert. The Pride committee, which organized the event, couldn’t handle the demand.

They announced the cancellation of the event on Wednesday. They say that the decision was reached after more negotiations with the town council, but we all know why.

BREAKING: The drag show for kids in Jasper, Indiana has been cancelled. https://t.co/Ud8LYmM5z4 pic.twitter.com/1gqfDdNRFg

The Pride committee expressed disappointment, but stated that they will continue to fight to promote equality and raise LGBT awareness.

Many LGBT supporters were furious at Libs of TikTok for canceling the event, claiming that they put the event in jeopardy by making it a public spectacle.

According to the promoters, this drag event was canceled due to safety concerns.

It’s probable that they were threatened, which is wrong. That is not the case if they solely got furious calls and messages expressing dissatisfaction.

That is not a threat; it is an opinion, and every American has the right to one.