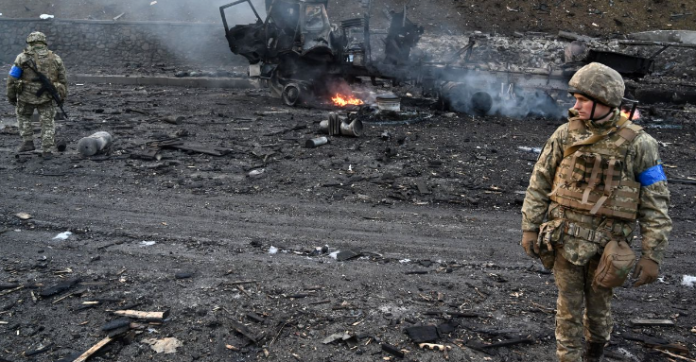 One hundred days into Russia’s invasion of Ukraine, the world has been treated to a near-daily barrage of horrific images: civilian bodies on the streets of Bucha; a blown-up theater in Mariupol; panic at a Kramatorsk railway station following a Russian missile attack.

Those photographs only convey half of the story of Europe’s deadliest military conflict in decades. Here are some data and statistics that, while in motion and often ambiguous, give further insight on the war’s murder, damage, displacement, and economic ruin as it approaches this milestone with no end in sight.

Nobody knows how many fighters or civilians have been killed, and government authorities’ estimates of losses — which may be exaggerated or understated for public relations purposes — are nearly hard to verify.

U.N. officials, government officials Access to sites where persons were slain is not always granted to authorities and those tasked with counting the dead.

In addition, Moscow has provided few details on losses among its soldiers and allies, as well as no mention of civilian deaths in regions under its control. Russian forces are suspected of covering up killings and putting remains into mass graves in several areas, including the long-besieged city of Mariupol, which might be the war’s greatest killing field.

Over 21,000 civilians have been killed in Mariupol alone, according to authorities. According to the mayor of Sievierodonetsk, a city in the eastern part of Luhansk that has been the focus of Russia’s operation, 1,500 people have died.

These figures include both those killed by Russian attacks or soldiers, as well as those who died as a result of secondary impacts like famine and illness as food supplies and health services dwindled.

According to Zelenskyy, 60 to 100 Ukrainian troops die in action every day, with another 500 injured.

Russian military data were last publicly revealed on March 25, when a general informed state media that 1,351 servicemen had been killed and 3,825 injured.

In the Donetsk area, officials recorded over 1,300 combatants killed and almost 7,500 injured, as well as 477 dead civilians and nearly 2,400 wounded; and in Luhansk, authorities reported 29 civilians killed and 60 wounded.