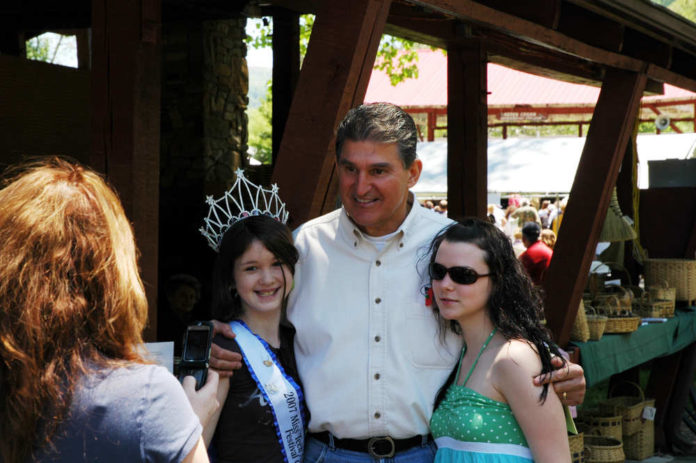 Although nothing is yet official, Republicans were dealt a blow when Joe Manchin, a moderate Democratic senator, said that he would support his party’s massive infrastructure bill.

Conservatives hoped that Manchin would not support the larger package. This would have made it almost impossible for Democrats to pass budget reconciliation. To pass, Democrats would need to have all 50 senators vote for the package.

Manchin, a West Virginia moderate who voted against his party in past elections, was targeted by Republicans who tried to get him to vote for the package.

He said that he had assumed from “day one”, that his party would use budget reconciliation to pass large infrastructure deals. This is because Republicans are reluctant to change the 2017 tax bill.

“We’re going to have to work it through reconciliation, which I’ve agreed that that can be done. I just haven’t agreed on the amount, because I haven’t seen everything that everyone is wanting to put in the bill.”

Last week, Manchin said to reporters that budget reconciliation was “inevitable,” for the multi-trillion-dollar infrastructure plan that President Joe Biden has proposed. Some Democrats claim that the package could reach $6 trillion. However, it is unlikely that this will gain enough support from Senate Democrats.

Manchin is an important figure in the fight for budget reconciliation. He was also present when Democrats passed Biden’s American Rescue Plan earlier in the year. The West Virginia senator, despite being a Democratic, is more moderate when it comes spending money.

Manchin was part of the bipartisan group that negotiated a smaller plan for infrastructure spending, which will amount to approximately $1.2 trillion over the next eight-years. This bill is more focused on traditional infrastructure projects such as roads and bridges, but it does not include broadband connectivity.

Biden and other Democrats would like to include non-traditional projects under “human infrastructure” in the larger bill. Many Republicans have pointed out that Democrats are trying to add liberal agenda items to the bill.

This is why the bipartisan group came together to create a bill that focused only on traditional infrastructure projects. However, this is not enough for Biden or the progressives.

They are still pushing ahead with the budget reconciliation process in order to get their remaining proposals through the Senate. If they succeed, it will be the second use of the process by liberals in six months. They have spent trillions and trillions in this process.

Biden has always said he wants bipartisan negotiations. However, his words and actions don’t seem aligned.