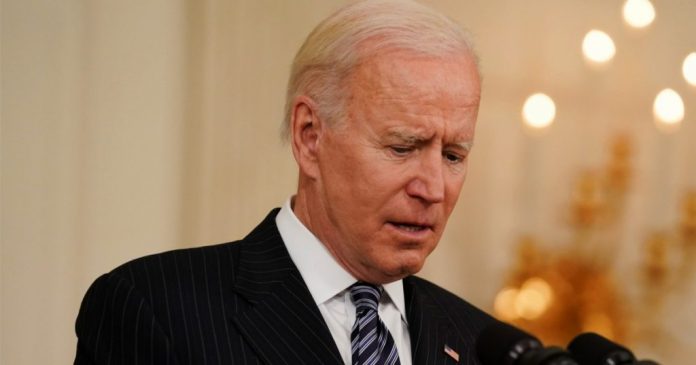 President Joe Biden has gained a reputation for making strange and, at times, incomprehensible remarks in recent years.

While Biden’s health is frequently mocked, one incident from last week exemplifies how concerning it appears to have grown.

When it came time to speak, however, the president seemed to stray from the script, recalling an encounter he claimed to have had with China’s tyrant while serving as vice president.

I have long said America is a nation that can be defined in a single word: Possibilities. In America, everyone should be able to go as far as their hard work and God-given talent will take them.

Even to the Supreme Court of the United States of America.

“I’ve long said America is a nation that can be defined in a single word,” Biden began, before muttering something unintelligible.

He then caught himself, saying, “Foot–excuse me in the foothills of the Himalayas Xi Jinping. Traveling with him. (Inaudible) traveling 17,000 miles when I was vice president. I don’t know that for a fact.”

Later, Biden clarified that the only word he had said before was “possibilities.”

The president, for his part, has persistently rebuffed any allegation that he is suffering from mental illness, telling Fox News in January that he has no clue why anybody would doubt his cognitive ability.

Ronny Jackson, a former White House physician and current Texas Representative, disagrees, claiming that Biden is unfit to be our president at this time.

For over a year, the entire nation has witnessed his mental cognitive challenges, and there’s really no doubt in most people’s minds that there’s something wrong with him, that he’s not cognitively as sharp as he used to be, and that he’s not suitable to be our president right now, Jackson remarked.

“He looks tired, he looks weak, he looks confused, he’s incoherent, and it sends a message of weakness all over the world, and they’re seizing up on that,” he added.