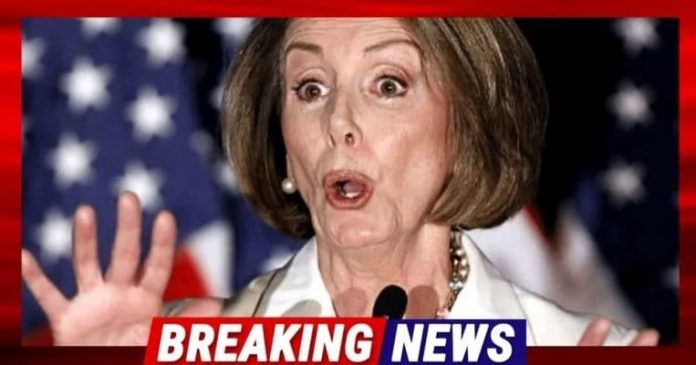 To get it done, it would take all 50 liberal senators. This is just half the story.

To make it to Biden’s desk, the House must pass their massive spending package.

Perhaps you thought that every House Democrat would want to approve this socialist plan.

But it seems that not everyone marches to Pelosi’s drum. Because nine Democrats just turned on Pelosi.

A group of moderate House Democrats is threatening to torpedo their party’s $3.5 trillion spending plan unless House Speaker Nancy Pelosi brings the bipartisan infrastructure bill for a vote first – an act of direct defiance to the speaker and a bold exertion of power with Democrats holding just a slim majority in the chamber.

Nine moderate Democrats are promising to vote down the $3.5 trillion spending plan.

They won’t support it until the other bill, an infrastructure plan that is supported by 19 Republican senators, is voted on first.

This is directly against Pelosi’s agenda. She has pledged to keep the infrastructure bill off the table until the $3.5 trillion plan can be passed.

Pelosi tried to use the infrastructure plan to bait Biden into advancing his massive agenda.

But it looks like only nine Democrats are willing to defy the Speaker, to get the other bill done.

Pelosi can’t lose 9 votes with only 5 seats between the Democrats and Republicans. They could join hands with Republicans to defeat the $3.5 trillion spending plan if she ignores them.

Are you wondering why the Democrats would do this? They might be looking forward to 2022.

Moderate Democrats have been dropping like flies from the House. As the party lurches further to the left, voters in swing districts are losing faith in Democrats.

They are encouraged to vote for Republicans because they associate the party and radicals such as AOC.

These Democrats may oppose the huge spending bill because they are aware that it is not popular back home.

Some Democrats hail from conservative or battleground states such as New Jersey, Texas, Georgia, and others. If they support Biden’s socialist plan, they might be in danger of losing 2022.

But will Pelosi be smart enough to listen to them? She might not have a choice.